The UK’s largest crane, which will be used to help assemble the Royal Navy’s new Queen Elizabeth Class aircraft carriers, passed under the Forth bridges last week on its way to Babcock’s Rosyth dockyard in Fife.

The crane, which has been christened ‘Goliath’, arrived after a sea voyage from Shanghai, where it was specially constructed by Shanghai Zhenhua Port Machinery.

Goliath left Shanghai on 17 December last year on a specialist crane transport vessel which has travelled 14,000 nautical miles (26,000km) to deliver it to its new home in Rosyth.

The crane’s delivery is a significant milestone in the assembly of the Royal Navy’s new Queen Elizabeth Class aircraft carriers. The component parts of the carriers are being built at yards across the UK, but will be put together at Rosyth dockyard.

“This is a major landmark for the aircraft carriers project. After watching the Goliath crane being fabricated, it was fantastic to see it coming under the Forth bridges. I look forward to welcoming it to its new home in Rosyth.”

The crane is being delivered partially-erected, with the girder and upper sections of the legs already assembled. It will be erected to its full height on the ship carrying it over a six-week period, before being winched from ship to shore directly onto the crane rails.

It will then take a further four months to erect, test and commission the crane for its final handover in the summer of 2011, ensuring that it will be ready for use by September 2011.

The new Queen Elizabeth Class aircraft carriers – Queen Elizabeth and Prince of Wales – promise to be the biggest and most powerful surface warships ever constructed for the Royal Navy.

Due to enter service in 2014 and 2016 respectively, the ships are being delivered by the Aircraft Carrier Alliance – an alliance comprising industry participants and the Ministry of Defence – in which the MOD acts as both client and participant. 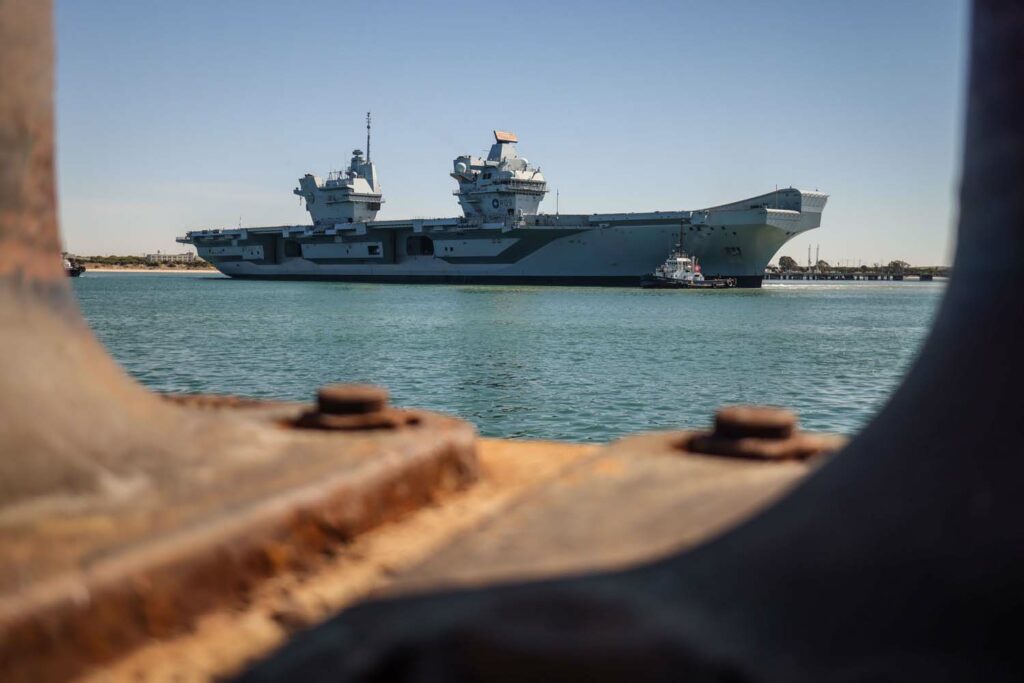