On May 9, a large number of guests and representatives from politics, defense and industry gathered at the Blohm + Voss in Hamburg to mark the start of production for the first 125 Class Frigate (F125) for the German Navy. The invitation had been extended by the F125 Work Group (ARGE F125) consisting of ThyssenKrupp Marine Systems AG – the client who has entrusted Blohm + Voss Naval GmbH with order completion – and Friedrich Lürssen Werft GmbH & Co.

At the touch of a button, Reinhard Schütte, Vice-President of the Federal Office of Defense Technology and Procurement, started the ultra-modern laser welding and cutting plant in Shipbuilding Hall 3. This machine will cut the individual plates. This punctual start of production marks the first milestone following the signing of the contract in June 2007. Keel-laying will take place as early as November 2011 and delivery of the first vessel is planned for 2016.

The F125 is a very special kind of vessel, since it has been carefully configured to meet both the new conditions found at an international level and the needs of the German Navy. The requirements profile ranges from national and allied defense, peace-keeping initiatives and humanitarian rescue missions to combating terrorism and the repulsion of asymmetric threats. As well as this unique mission versatility, the F125 is the first vessel in the history of the German Navy to introduce the two-complement concept, permitting intensive use in the form of a maximum mission duration of up to 24 months. In this way, the F125 is capable of delivering active crisis prevention via long-term stabilization missions. All in all, the ARGE F125 will construct four such frigates, with the last vessel scheduled for delivery in 2018. 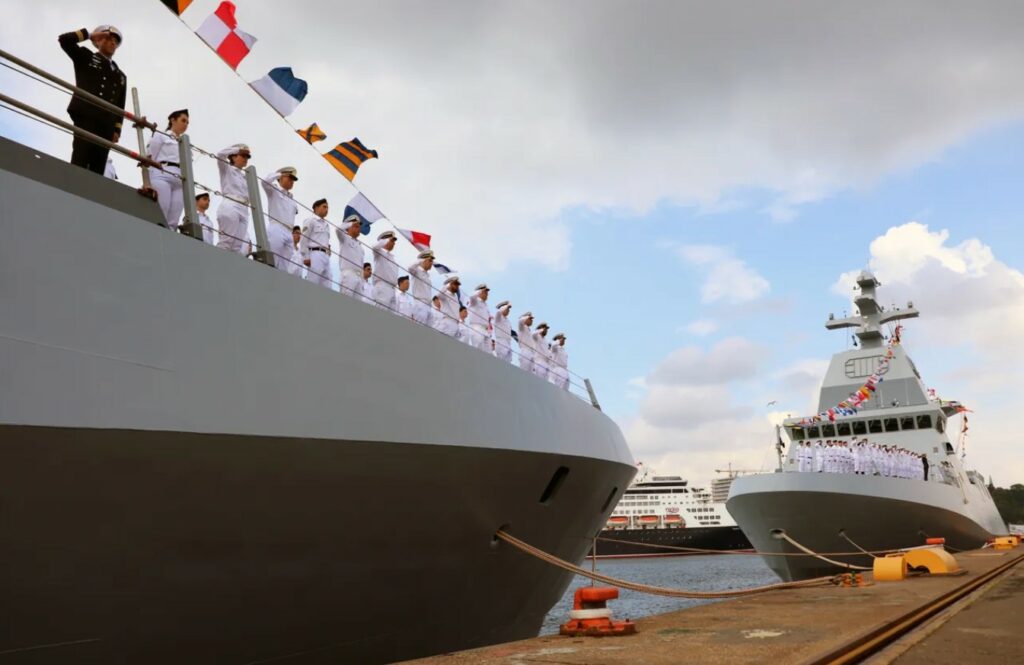