More than a hundred Filipino-Americans and other well-wishers welcomed the Philippine Navy’s newest ship, BRP Gregorio del Pilar (PF-15), as it arrived at Joint Base Pearl Harbor-Hickam (JBPHH), July 27 for a brief port visit.

“This is very historic moment,” said Col. Restituto Padilla, the Filipino military liaison assigned at U.S. Pacific Command. “That’s why we have the Filipino community here in force. This is the first time a Philippine Navy ship pulls into historic Pearl Harbor. Coupled with that, this is the first Philippine Navy ship that is gas-turbine. In these two instances, they are milestones. I hope this will be followed through by many more ship visits to historic Pearl Harbor in the months and years to come.”

“I feel proud, very proud of it,” said Sibal. “Even if I’m serving in the U.S. Navy, I’m still Filipino by culture and by heart. It’s nice to see the Philippine Navy modernize their fleet. We are very uplifted, and I think everybody is very honored to have this ship pull into Pearl Harbor, to a historic place like Pearl Harbor.”

Prior to taking command of the ship, 74 members of the Philippine Navy underwent two months of intensive hands-on training aboard USCGC Boutwell (WHEC 719), the sister ship of the Hamilton. While aboard Boutwell, the crew traveled to Colombia, Ecuador and El Salvador, participating in multiple missions including the interdiction of drug smugglers.

Deputy Consul General Paul Cortes, of the Philippine Consulate in Honolulu; Capt. Jeffrey James, commander of JBPHH; and Capt. William Johnson, commanding officer of USS Lake Erie (CG 70), host ship during the port visit, were also at the pier to welcome the ship.

During the three-day port visit, Gregorio del Pilar will take on supplies and fuel, hold a reception hosted by the Philippine Consulate General in Honolulu and the Philippine Celebrations Coordinating Committee of Hawaii (PCCCH), and visit the USS Arizona Memorial. A social media “tweetup” is being planned during the ship’s visit. A Catholic Mass will be conducted prior to their departure.

Gregorio del Pilar and USS Reuben James (FFG 57) are scheduled to conduct a Passing Exercise (PASSEX) off the coast of Hawaii next week. PASSEX is an exercise designed to increase interoperability between the two navies, while enhancing the strong cooperative relationship. 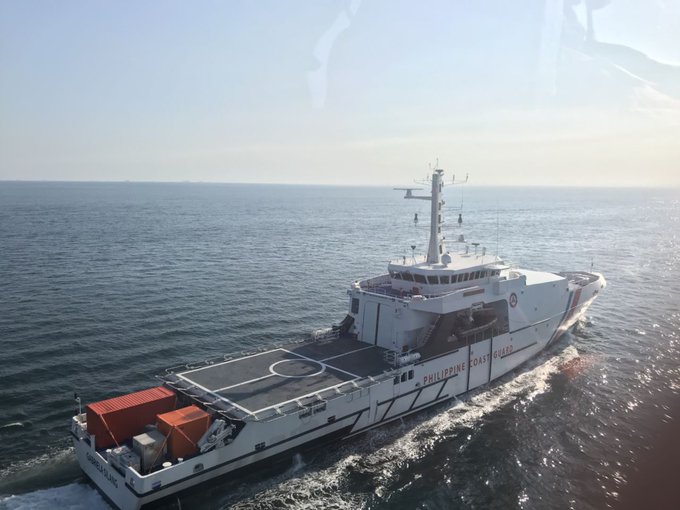