On Sept 22 Sredne-Nevsky Shipyard laid down a new-generation mine countermeasures ship for Russian Navy.

On that occasion, traditional gun shot was made at the Peter-and-Paul Fortress in presence of the yard’s directors, representatives of Russian Navy and St. Petersburg Administration; the shell’s case will become a showpiece in the shipyard’s museum.

Project 12700 harbor minesweeper was developed by the Almaz Central Design Bureau (St. Petersburg). The ship is designed for mine searching and sweeping at safe distances. It opens a new generation in mine countermeasures ships; Sredne-Nevsky shipyard and Almaz design bureau have accumulated wide experience in this area. On the basis of that experience and with due regard to world’s advance mine defense trends, Project 12700 implies shaping of anti-mine complex with newest high-efficiency sonars placed both onboard the ship and on remotely-controlled and autonomous submersibles, integrated bridge system, and main battle station (mine countermeasures automated control system).

Alongside with that, the ship is capable to use traditional sweep equipment as well. The minesweeper has perfect maneuverability because of effective system of steering propellers. The project’s distinguished feature is that it initially implied a system of fiberglass-hulled ships. On the basis of such hull, it is possible to build patrol ships and different auxiliary vessels both for military and civilian customers.

With 800-ton displacement, this ship has unique and the world’s biggest hull made of monolithic fiberglass and shaped by vacuum infusion. JSC Sredne-Nevsky Shipyard is the only Russia’s company possessing such technology and the only world’s shipyard capable to produce monolithic hulls of such size. Comparing to steel hulls, fiberglass one has higher strength which gives advantage in minesweeping. Fiberglass hull has much longer lifetime and lighter mass than nonmagnetic steel one. Designers gave much prominence to crew’s comforts; the ship has all conditions for effective combat duties and rest. The new minesweeper is expected to take the sea in 2012.

Taking into account extraordinary hazard of present-day maritime mine weapons and the fact that Russia has world’s longest sea border and is washed by 12 seas with enormous mineral reserves on the shelf, Russian Navy must have effective mine countermeasures in inventory. In foreseeable future, Project 12700 is going to become the core of Navy’s minesweeping fleet.

In recent years our traditional partners like India, Algeria, and Vietnam systematically modernize their fleets and may also become large customers of Project 12700 mine countermeasures ships.

Despite all difficulties of transitional period, JSC Sredne-Nevsky Shipyard managed to preserve productive capacities and staff; regularly modernizes production using latest world’s achievements in shipbuilding technology; offers competitive and diversified product line. On the threshold of the shipyard’s centenary, its staff clearly understands the scale of objectives and prospectiveness of production, feels confident and optimistic about the future. The shipyard’s products have great prospects both in domestic and global markets. Relations with customers are built with the view to meet their requirements in a maximal manner, establish long and honest partnership, supply high-quality and reliable products, and be strictly adherent to delivery deadlines.

JSC Sredne-Nevsky Shipyard (affiliate of JSC United Shipbuilding Corporation) was established in 1912 as Ust-Izhorsky Shipyard and was specialized in warship construction. Presently, the ship builds military and civilian vessels both for Russian and foreign customers. 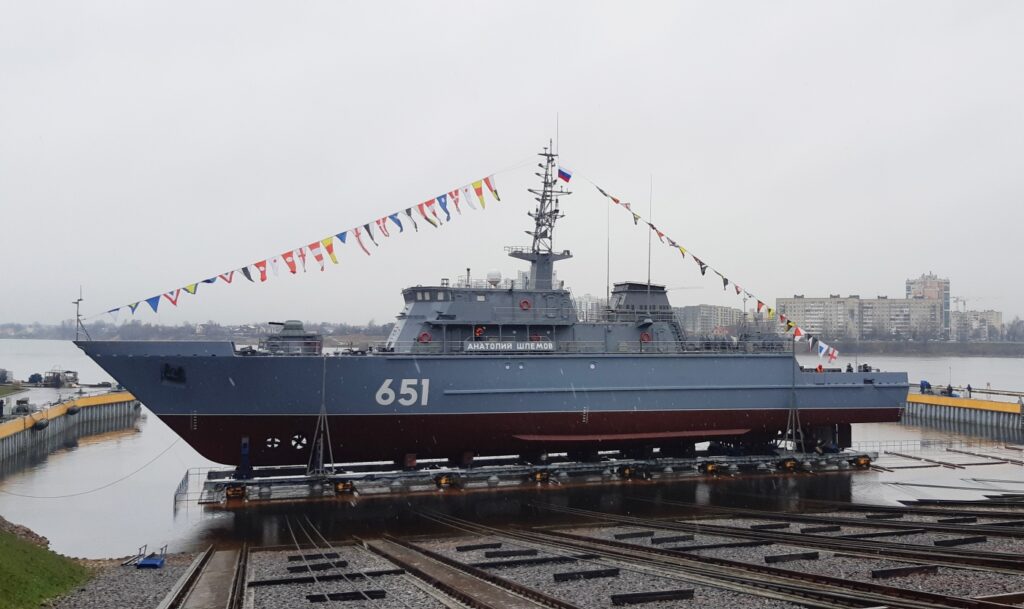