Major Maintenance Periods are part of a guided missile/special operation forces boat’s (SSGN) normal operating cycle and occur after the submarine has been forward deployed for 12 months.

Ohio’s fourth MMP since being converted from a ballistic missile submarine included more than 56,400 man-days of work across 110 calendar days, 65 of which were in dry dock.

“Even with the extensive and complex work package, the teamwork between Ohio’s crew and the project team to get the job done well was unbeatable,” said Jerry Piotrowski, SSGN program superintendent. “This is a testament to the quality craftsmanship of the boat and the skill of the mechanics who accomplished the work.

Team members from PSNS & IMF’s Bangor site made significant contributions in repairing a number of valves, allowing the Machine Shop to complete other work. The team also conducted troubleshooting and repaired several indication issues that had prevented the crew from monitoring water levels and movement remotely from the Ballast Control Panel. Ohio’s Blue and Gold crews demonstrated teamwork as they augmented one another to help complete all testing.

PSNSY & IMF is one of four NAVSEA public shipyards that play a major role in maintaining America’s fleet and providing wartime surge capability to keep the nation’s ships ready for combat. 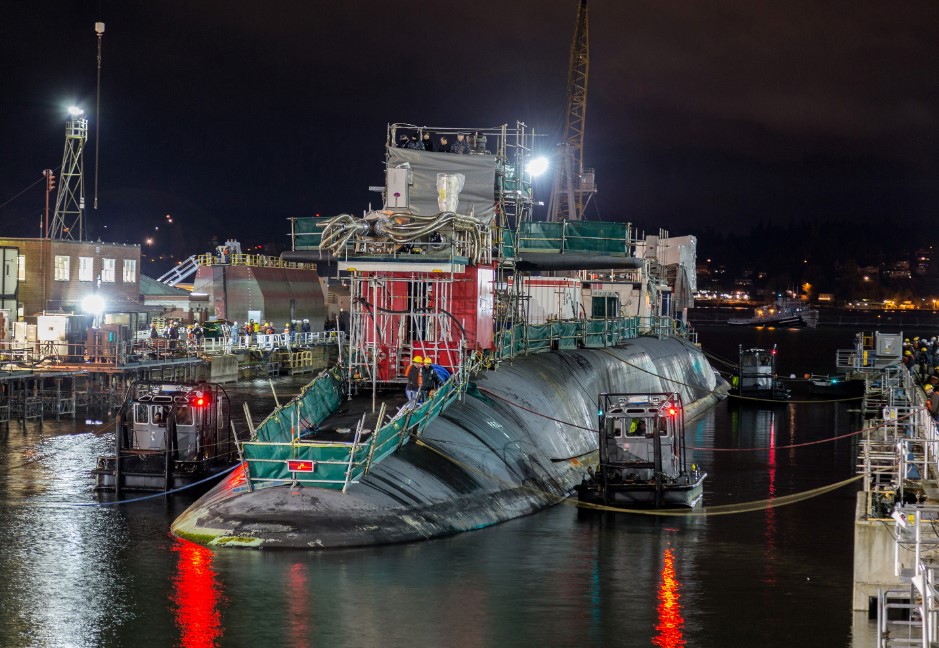