The following post is by Rear Adm. Thomas Rowden, the director for the Navy’s Surface Warfare Division:

“Recently, I mentioned my trips to Maine and Rhode Island to visit Bath Iron Works (BIW) and the Raytheon Facility. Both of these tours provided firsthand insight into the production of ZUMWALT-class destroyer, and latest system testing. Though brief when previously mentioned, I now want to provide insight into the DDG 1000 program, its current status, and notable highlights.

DDG 1000 culminates two decades of research and development, creating the next generation destroyer capable of defeating future threats. The revolutionary design of the ship itself reduces its signature and includes both active and passive self-defense systems, plus enhanced survivability features. The self-defense systems are built to defeat littoral submarine threats, next generation anti-ship cruise missiles, and small boats. Also, the USW suite is capable of in-stride mine avoidance. It will provide valuable lessons in advanced technology, which can be incorporated into other ship classes, and it will have optimal manning through Human Systems Integration. For example, the automation on DDG 1000 will allow most routine watchstanding to take place in only two locations – the Bridge and the double deck Ships Mission Center (SMC). The SMC will have the look and feel of an advanced command center with operations overseeing both ship missions and functions through multi-modal common display system workstations.

Physically, all three ships are under construction! ZUMWALT (DDG 1000) is more than 70% complete. Christening and Commissioning are set for FY13 and FY15, respectively, with a two-phase delivery for HM&E and Combat Systems scheduled for FY’s 14 and 15. Following Developmental and Operational Testing, DDG 1000 will IOC in FY16.

MICHAEL MONSOOR (DDG 1001) is more than 30% complete with Sail Away in FY17. Additionally, fabrication of DDG 1002 began 4 April with Senator Collins and CNO commemorating the event; of note, SECNAV named the ship LYNDON B JOHNSON on 16 April. All three destroyers are meeting major construction and testing milestones to reach completion prior to arriving in their homeport of San Diego.

These ships are remarkable accomplishments of modern shipbuilding. In these ships you can see the teamwork between Sailors, civilians, and industry. Upon completion, the ZUMWALT class will be the largest destroyers ever built by the U.S. Navy. The total length will be 610 foot with an 81 foot beam, 27 foot draft, and a fully loaded displacement over 15,600 tons. By comparison to a football field, the composite deckhouse alone is 66 yards long, 23 yards wide, and almost 20 yards tall.

Physical size isn’t the half of it, the engineering plant is very impressive, as well! The Integrated Power System (IPS) is an all-electric power plant that generates the ship’s total distributable electric power while also converting this power for all ship loads, including propulsion, combat systems, and ship services. IPS’s design is centered on two Main plus two Auxiliary Turbine Generators producing a total of 78mW electrical power… 58mW of which is available when the ship is at 20kts!

One of the underlying strengths of the ZUMWALT Class is its innovative IPS design. It provides resilient combat power and extra margin for future capability growth within the ship, a critical attribute designed to help the Navy modernize elements of the ship’s combat capability and adapt to changing fiscal, technological, or threat conditions.

The shipboard crew of ~130 Officers and Sailors will be berthed in staterooms ranging from 1 to 4 person occupancy, with an integrated bathing facility with each and every stateroom. DDG 1000′s crew screening and billeting process has already begun; the MPA and STO reported, while the Commanding Officer will be slated shortly. The remainder of the PRECOM crew for PCU ZUMWALT will continue to report through 2015.

Upon joining the Fleet, DDG 1000 will mark major advances in surface combatant capability. DDG 1000 is an optimally crewed, multi-mission surface combatant tailored for land attack and littoral dominance. ZUMWALT will provide offensive, distributed, and precision fires in support of forces ashore, and a credible forward naval presence operating independently or as an integral part of Naval, Joint, or Combined Expeditionary Strike Forces. Ultimately, DDG 1000 will provide significant capabilities to address deterrence posture requirements and the campaign plan needs of our Combatant Commanders. DDG 1000 will also help satisfy steady-state presence demands while, most importantly, supporting DoD’s Strategic Guidance and the Defense Secretary’s direction to sharpen the technological edge our naval forces which will serve in critical roles as envisioned by the Joint Operational Access and Air-Sea Battle Concepts.” 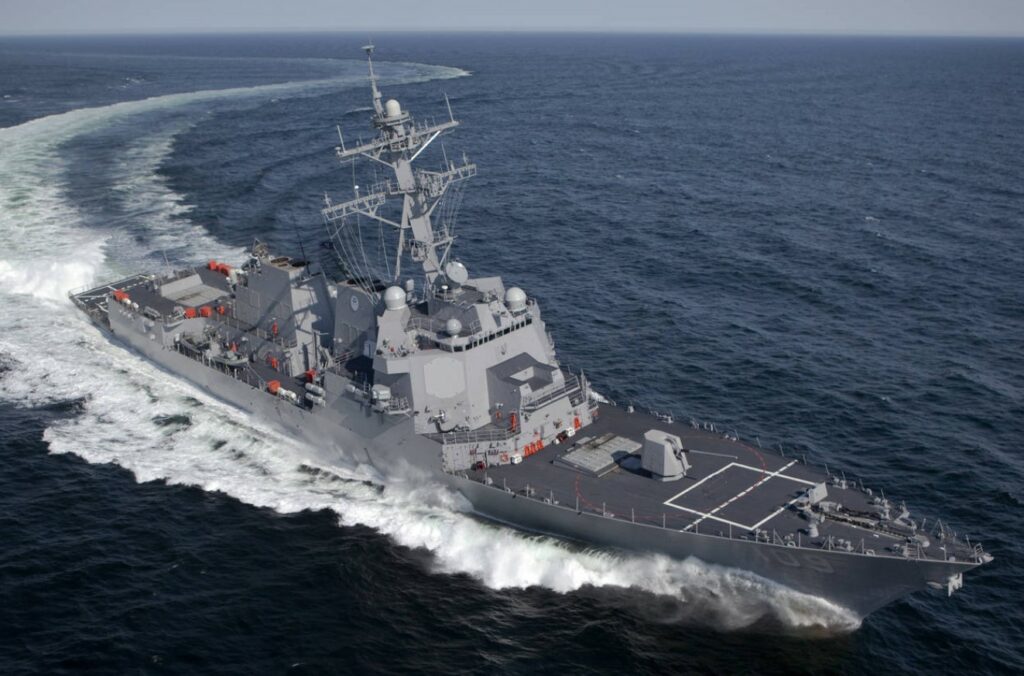