Austal USA’s order backlog has grown by approximately US$681.7 million as a result of two additional Littoral Combat Ship (LCS) contract options being exercised by the United States Navy.

The contract options fund construction of the LCS 14 and LCS 16, the fifth and sixth ships in the 10-ship block buy award made to an Austal-led team in December 2010. That 10-ship program is potentially worth over US$3.5 billion.

“Austal’s production of these revolutionary ships continues to expand and improve, simultaneously delivering better program outcomes for the Navy and improved financial results for the company’s shareholders,” he said.

Austal USA President, Craig Perciavalle, had this to say regarding the new contract award, “This confirms the Navy’s commitment to the LCS program and their confidence in Austal.” Perciavalle continued, “This award wouldn’t be possible without the hard work and dedication of our employees.”

USNS Choctaw County (JHSV 2) and Coronado (LCS 4) have both been launched and are preparing for sea trials later this spring. Construction of another three JHSVs and two LCSs is also underway in Austal’s Mobile, Alabama shipyard.

For the LCS and JHSV programs, Austal, as prime contractor, is teamed with General Dynamics Advanced Information Systems, a business unit of General Dynamics. As the ship systems integrator for the LCS program, General Dynamics is responsible for the design, integration and testing of the ship’s electronic systems including the combat system, networks, and seaframe control. General Dynamics’ proven open architecture approach allows for affordable and efficient capability growth as technologies develop.

These two contracts will require Austal to increase its Mobile, Alabama workforce to approximately 4,000 employees in order to fulfill the contract requirements. 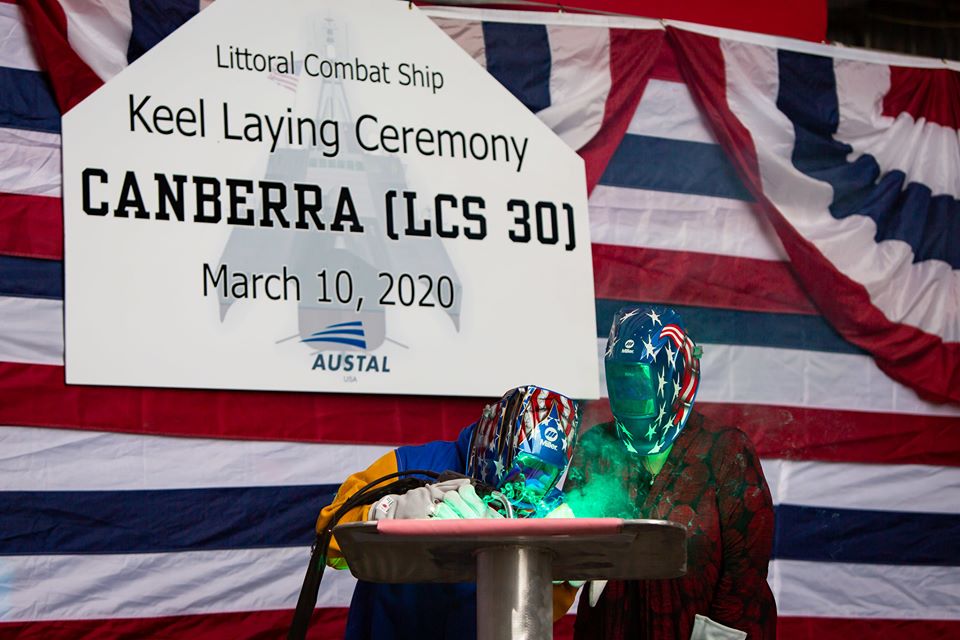