Advertisement
Back to overview
Home naval-today Northrop Grumman, US Navy to Integrate AQS-24A Sonar onto USV

Northrop Grumman, US Navy to Integrate AQS-24A Sonar onto USV

Northrop Grumman Corporation has been awarded a contract to support the U.S. Navy’s integration onto an unmanned surface vehicle (USV) of the Northrop Grumman-built AQS-24A Side Look Sonar System to look for bottom and volume mines remotely.

The repackaging of the sonar for USV use will build upon the proven capabilities of the AQS-24A. The AQS-24A and its predecessors, the AQS-24 and the AQS-14, all built by Northrop Grumman, are airborne minehunting search systems used by the Navy for the past 28 years. The AQS-24A is a high-speed minehunting system that is primarily towed from the MH-53E helicopter, but has been tested from USVs since 2002 by Northrop Grumman. With a track record of reliability and performance across the globe, the system’s high-resolution side-scan sonar detects, localizes and classifies both bottom and moored mines in real time at high area coverage rates.

“This is a great step forward for those who have been involved in USVs and minehunting for as many years as the Naval Undersea Warfare Center and Northrop Grumman,” said Tom Jones, vice president of Northrop Grumman’s Undersea Systems business unit. “The results of this effort could apply to future USV programs, both in the U.S. Navy as well as the navies of potential coalition partners such as Australia.” 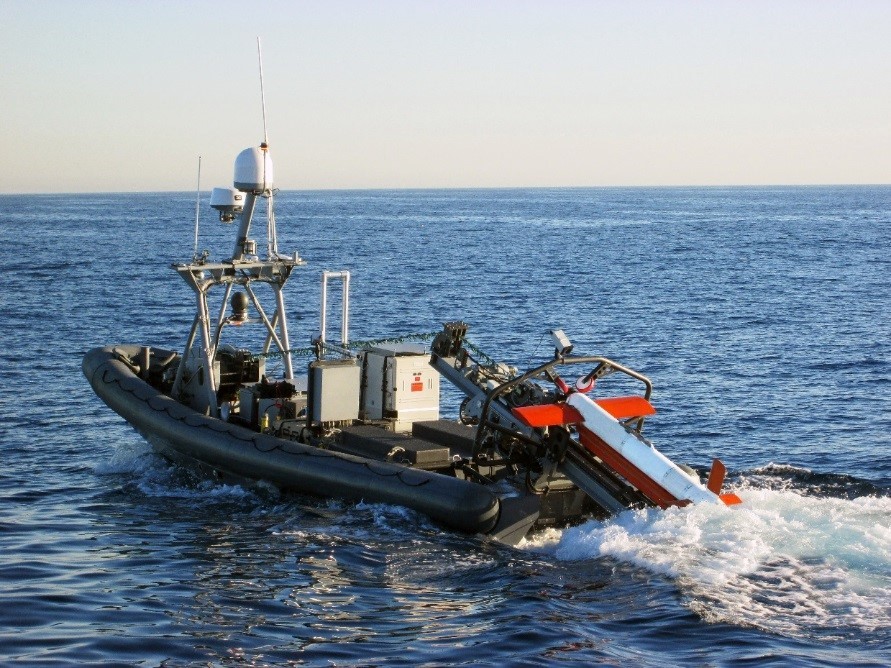