“Being pierside at Kuantan Naval Base gave us the chance to make an instant impression, and show regional navies what this ship can do and how we can contribute to mutual interests at sea,” said Cmdr. Timothy Wilke, commanding officer.

CARAT is a series of bilateral naval exercises between the U.S. Navy and the armed forces of Bangladesh, Brunei, Cambodia, Indonesia, Malaysia, the Philippines, Singapore, Thailand and Timor-Leste.

While in port, Freedom Sailors trained with RMN counterparts and other CTG 73.1 units during subject matter expert exchanges, participated in community service events and gave tours to visiting officials, sailors and guests.

“Several bonds were made which I hope will provide important insight during the at sea phase,” said Wilke. “We have much to learn from the Royal Malaysian Navy, especially in the littorals.”

On day one of the 96-hour underway phase, which began June 18, Freedom accomplished another first when a Malaysian Super Lynx helicopter landed on its flight deck to conduct deck landing qualifications. It was the first time a foreign military helicopter landed on a littoral combat ship.

Freedom is similar in size and capabilities to many RMN ships. Its flight deck is approximately 50% larger than a U.S. Navy destroyer.

“The helicopter had plenty of space to land,” said Wilke. “It completed deck landing qualifications with ease.”

Fast, agile and mission-focused, LCS platforms are designed to operate in near-shore environments and employ modular mission packages that can be configured for three separate purposes: surfaces warfare, mine countermeasures or anti-submarine warfare. Freedom deployed to Southeast Asia with the surface warfare mission package.

During the at sea phase, additional events that will highlight Freedom’s capabilities include an inbound fast attack craft drill; a search and rescue exercise with Freedom’s MH-60R helicopter; and a visit, board, search and seizure drill with Freedom’s embarked surface warfare mission package boarding team.

“This training gives us the opportunity to showcase Freedom’s capabilities and crew, while working with other navies,” said Chief Operations Specialist Jon Criner. 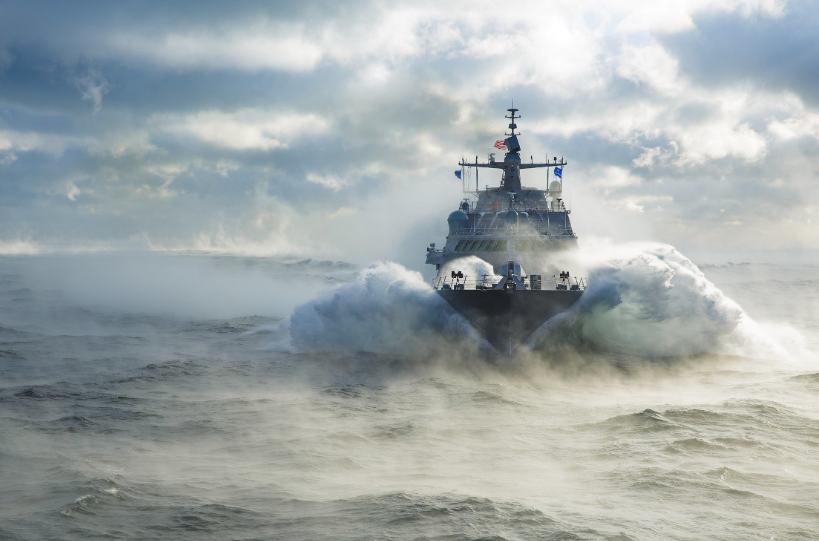