Medical staff onboard HMAS Choules have been honing their skills in a number of areas during Exercise Sea Lion 2013.

A big part of the training being conducted by the MR2 (embarked medical team) and the ship’s medics involves Aeronautical Medical Evacuations. As the name suggests this involves a patient being transferred via an aircraft.

Also being tested and evaluated is the team’s ability to accommodate a range of emergency medical equipment in whatever transport is available at the time.

This could be anything from an MRH90 or S70A (Black Hawk) helicopter to a Fast Retrieval Craft.

Working out of the ship’s extensive hospital facility, the medical staff provides a vital capability for the Commander of the Task Force which would prove essential in any real life operations that may be thrown at an amphibious task group.

While not providing a surgical capability on this occasion, the medical team is able to provide a wide range of other life-saving services that are being tested on a daily basis thanks to realistic casualty simulation scenarios.

The medical team on Exercise Sea Lion 2013 consists of Navy and Army doctors, nurses and administrative medics – as well as the ship’s own medical sailors. 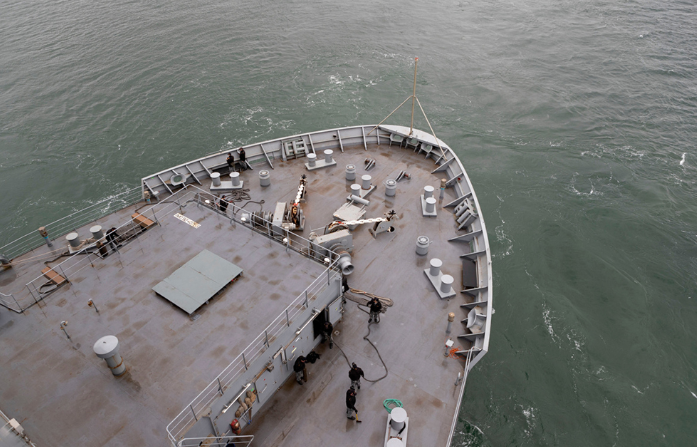