HMS Echo Finds a String of Sunken Wrecks off Libya

The waters off Libya have provided rich pickings in one of the most fruitful periods of survey work ever carried out by the Royal Navy in recent years. In ten days’ work the Devonport-based survey ship found a string of sunken obstacles and wrecks – including what is believed to be a sunken amphibious ship from the Gaddafi era – in the waters of the capital Tripoli and the port of Al Khums.

Lying some 160ft beneath the surface of the Mediterranean, this was one of nearly 20 wrecks and objects peppering the seabed off Libya, found by Royal Navy survey ship HMS Echo in a remarkable ten-day search for hidden dangers to mariners.

The Devonport-based ship was the first Royal Navy vessel into Libya after the 2011 civil war and downfall of Col Gaddafi.

She returned this year for a concerted period of survey work – work which reaped rewards in and around the capital Tripoli earlier this month with various obstacles found in and just outside the harbour.

Further sweeps using the state-of-the-art sonar suites both of mother ship Echo and her hi-tech survey boat Sapphire over a ten-day period located one liner, two merchantmen, one warship, two fishing vessels, at least half a dozen shipping containers, two barges (one of them wooden) and four very large sunken pontoons.

Half a dozen miles off the coast of the port of Al Khums (also known as Khoms), Echo’s scanners picked up the distinctive shape of a warship.

“It’s always exciting when we locate something on the seabed that no-one knows about,”said Lt Jen Smith who was Echo’s Officer of the Watch when the wreck was discovered.

“A lot of merchant shipping waits at anchor in this area if there are no spaces in the port. Now we know about this wreck, we can warn them all to stay clear and avoid any danger.”

The wreck is 298ft (91m) long and has a shallow draft – about 7-10ft (2-3m). Given the dimensions and outline, it could be a Soviet-built Polnocny-class landing ship which could disgorge armour on to a beach. Col Gaddafi had four such ships but one, the Ibn Qis, burned out in a training exercise in 1978.

Echo also moved further out to sea searching for the wrecks of the Italian liners Neptunia and Oceania which were pressed into service to ferry German and Italian troops to North Africa in 1941.

Both were torpedoed and sunk within minutes of each other some 60 miles off Tripoli by Victoria Cross winner Lt Cdr David Wanklyn and his submarine HMS Upholder.

Echo searched 15 square miles of seabed – about the size of Portsmouth – looking for the 590ft liners at their reported last positions, but to no avail.

Otherwise, Echo’s Commanding Officer Cdr Matt Syrett is delighted by the results of his team’s survey efforts off Libya to date.

The data his ship has collected will be used to update charts of the area – and more accurate charts mean shipping companies can bring larger vessels into ports and cut insurance costs.

“The data we have gathered will mean that merchant vessels can enter Libyan waters with confidence,”said Cdr Syrett.

Echo is in the early stages of an 18-month mission to improve seafarers’ charts on behalf of the UK Hydrographic Office in Taunton, who produce the world-famous – and heavily used – Admiralty Charts. 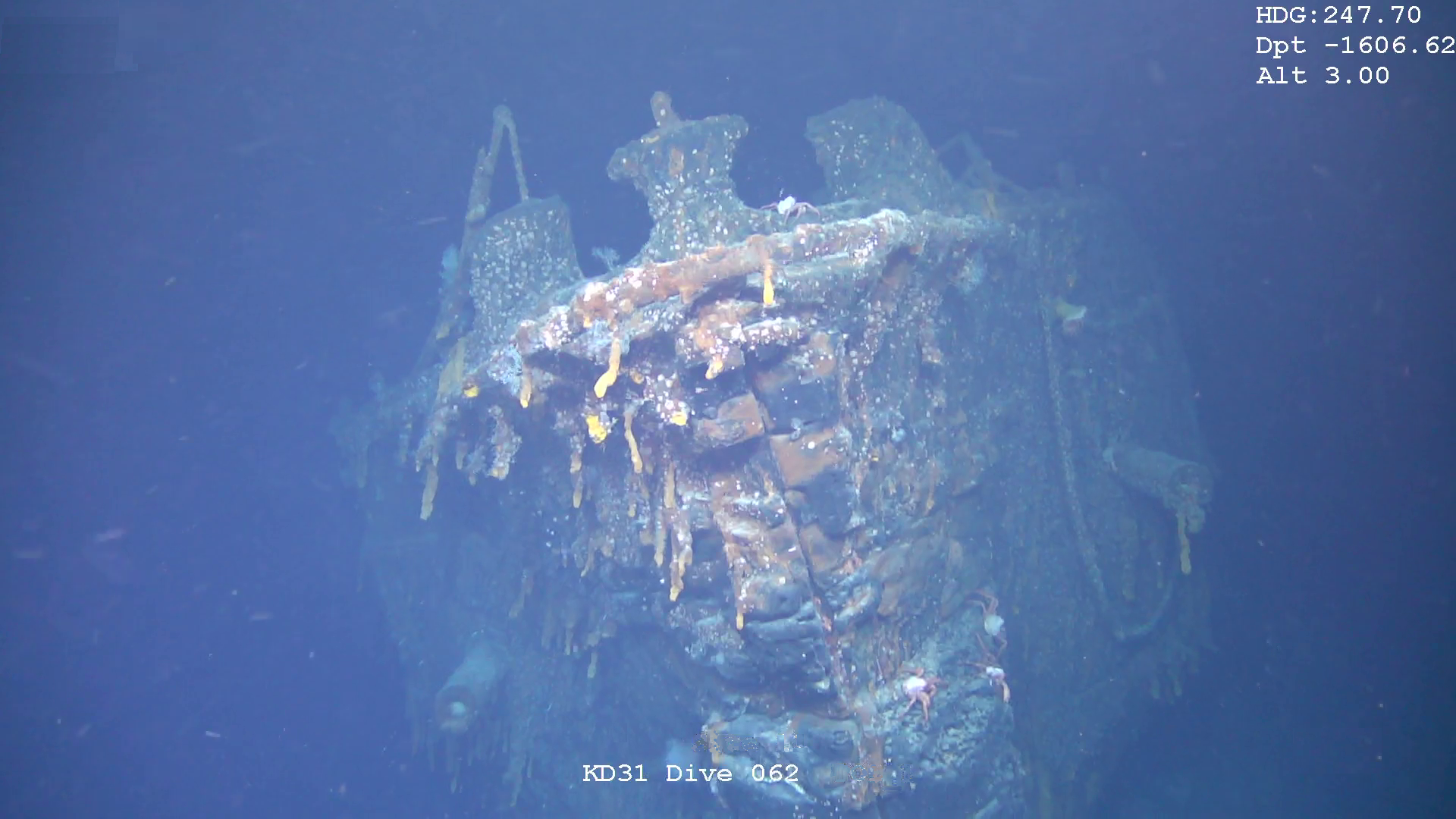