HMS Argyll has just completed a very successful 30 day period of exercises and local engagement in the Falkland Islands. Arriving in the South Atlantic on the 1st June she spent 30 days working to a high-tempo programme which included her playing a leading role in Exercise Cape Bayonet.

Exercise Cape Bayonet is a regular exercise which takes place in the Falkland Islands and involves a large range of the forces based there including RAF Typhoons.

The exercise culminated in HMS Argyll supporting the Parachute Regiment with spectacular on shore fire support. Argyll’s Cape Bayonet was the largest tri-service exercise to date.

It successfully demonstrated why the Falkland Islands provides such a good training area. For the majority of the exercise Argyll embarked 50 personnel from A Company of 3 Parachute Regiment.

“It really was pleasing to know that you have assisted someone. We showed that we can support a large number of embarked troops and more than that we can give them a really good service enabling them to deliver greater effect ashore,” said Petty Officer Caterer ‘Geordie’ Allsopp.

“It isn’t often that you work with the Army and the RAF together and we demonstrated how capable the Royal Navy is in the joint operational environment.”

Argyll’s excellent integration into the South Atlantic operating area allowed her to respond quickly and effectively to a changing situation when weather or other incidents threatened the programme.

Taking part in a number of commemorative activities and events, sailors from Argyll formed a Royal Navy guard that led colleagues from the Army and RAF at a Liberation Day Parade in the Falkland Islands capital, Stanley.

“Argyll’s team were there with 3 Para and the RAF. We had the best drill but the others weren’t too bad,” said Petty Officer (Above Water Warfare) Honey.

“The lads felt a lot pride. The residents were really passionate in their support and it was a real eye opener for the lads about the meaning of the work we are doing down here.”

Members of the crew also visited more remote locations on the Islands as part of an intense settlement visit package. This was accompanied by visits to the memorials at San Carlos, the site of HMS Ardent and the site of HMS Antelope where a former Antelope veteran, WO1 Sheppard of the Devonport Flotilla staff, laid a wreath.

Argyll battled through challenging sea conditions both on entry and when leaving the South Atlantic. The transit to South Georgia required skilled navigation to avoid the icebergs and the sea conditions around Cape Horn saw strong winds and seas lash the ship for 48 hours.

The ship’s Lynx helicopter enabled the British Antarctic Survey personnel to conduct an assessment of recent rat culls and Argyll personnel assisted with the relocation of stores from a remote outstation.

RFA Black Rover, was alongside Argyll during her visit and departed at the same time. Having sailed together all the way from South Africa, Black Rover and Argyll final parted company after a Replenishment At Sea.

“Argyll has come to the South Atlantic and delivered in spades. We have clearly demonstrated the Royal Navy’s capacity in the joint environment.” 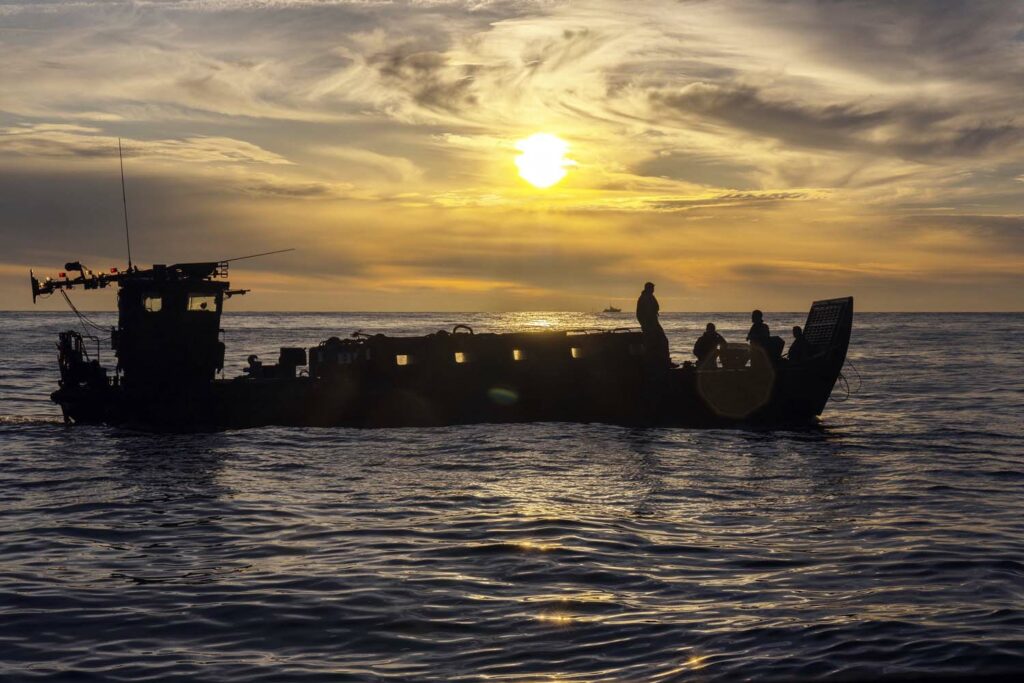