The upgrade, part of the Navy’s destroyer modernization program, began in April 2012 and will be completed following the third combat systems testing and sea trials, scheduled for September.

“The capabilities that this new Aegis baseline brings to the fleet are remarkable. Our ability to serve as a multi-mission platform has expanded in ways we are just now exploring,” said Cmdr. Andrew J. Thomson, commanding officer, USS John Paul Jones. “I am very pleased with the hard work and dedication of the entire waterfront maintenance organization, Aegis modernization team and especially the ship’s crew, who have made the IAMD destroyer a reality.”

The baseline nine upgrades installed onboard USS John Paul Jones include an overall Aegis weapon system (AWS) upgrade with an enhanced SPY-1D radar that now utilizes a multi-mission signal processor for anti-air warfare and ballistic missile defense in support of IAMD. The AWS is complemented with the addition of cooperative engagement capability (CEC), AN/SQQ-89A(V)15 upgrades and improvements to the MK 160 gun control system for the MK 45 5-inch gun.

In addition, the evolved sea sparrow missile will be introduced aboard all modernized destroyers along with the SM-6 and Navy integrated fire control counter air capability. This baseline nine capability is planned for introduction on six DDG destroyers, improving capability across the majority of the destroyer’s mission areas. 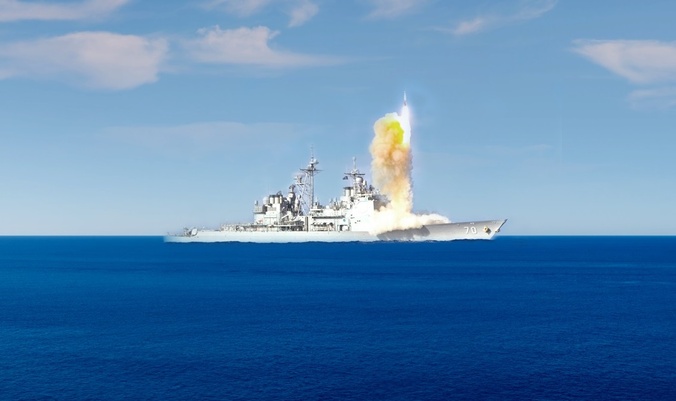