On 14 August, whilst in Djibouti the FGS Augsburg handed over the German commitment to the European Union Naval Force (EU NAVFOR) Somalia Operation Atalanta to FGS Niedersachsen.

The handover was presided over by Captain Stefan Pauly, Branch Head of Maritime Operations from the Joint Forces Operations Command of the German Armed Forces, as the counter-piracy duties were handed over from Commander Bernard Veitl (FGS Augsburg) to his successor Commander Kurt Leonards (FGS Niedersachsen).

A ceremony was held for the handover on the flight deck of the Augsburg, with senior military representatives of allied nations and international dignitaries as well as staff from the two frigates in attendance.

During her 139 day deployment within Operation Atalanta, the FGS Augsburg has travelled approximately 31,000 nautical miles in the Gulf of Aden and the western Indian Ocean. The frigate patrolled in an area approximately 1.5 times the size of Europe. During her mission FGS Augsburg provided escorts to several vessels of the World Food Programme (WFP), and through deterring piracy at sea have protected merchant ships in the region.

“The deployment has been an absolute success. Piracy is at an all time low, although not eradicated. Our constant presence off the Somali coast as well as monitoring the pirate camps has contributed to the success of the mission”, said Commander Veitl. The last task conducted by the frigate was an escort of a WFP ship, from the western Gulf of Aden along the Somali coast to the Kenyan port of Mombasa; protecting 12,000 tons of humanitarian aid destined for the people of Somalia.

Following the handover ceremony the FGS Augsburg set sail on a return journey to her home port of Wilhelmshaven; the FGS Niedersachsen commences her counter-piracy patrols in the Gulf of Aden. 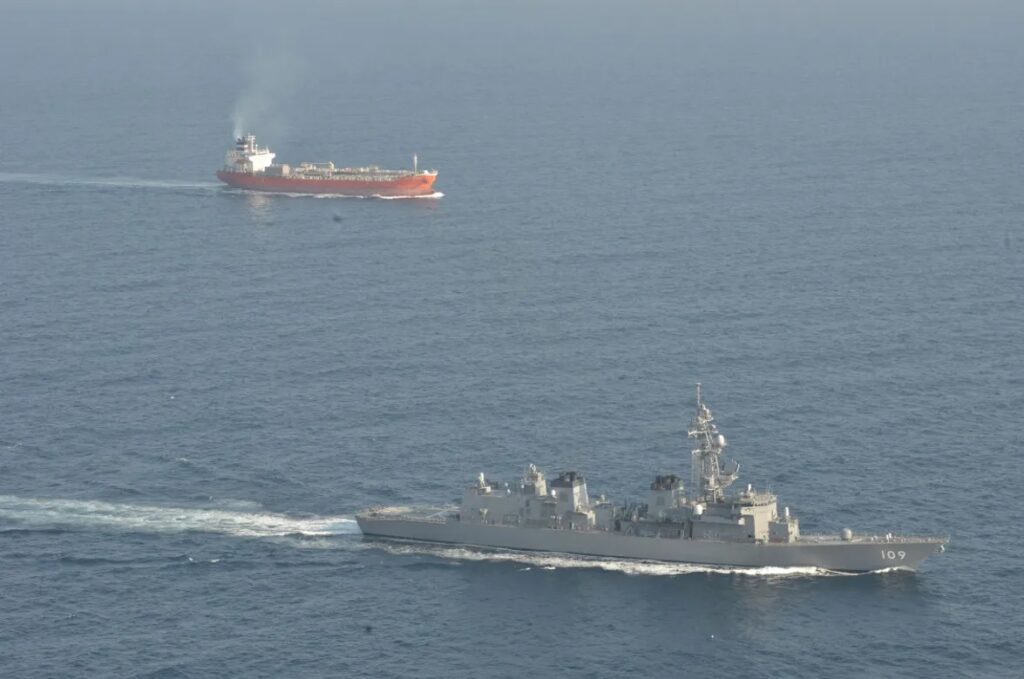