Craig, who is retiring after 31 years of military service, led CSFTL through 10 fleet, joint, and international training exercises in the Atlantic and Caribbean during his 15 months in command.

“It has been an honor to lead this terrific group of Sailors and Civilians, tasked with safely and effectively preparing our East Coast naval forces for combat,” Craig said. “Those we train learn not only to operate as a team with fellow naval forces, but also with our joint partners and militaries from other countries.”

Craig, a native of Anderson, Ind., began his military career as a Marine. In 1982, following his graduation from Indiana University, he was commissioned a second lieutenant, and earned designation as a naval aviator in 1984. Shortly thereafter, Craig transitioned to the Navy as a lieutenant junior grade due to Marine Corps squadron over-manning.

He has held many aviation, leadership, and staff positions. Among them, he commanded Strike Fighter Squadron 115 aboard USS Abraham Lincoln and Carrier Air Wing 14 aboard the aircraft carriers USS John C. Stennis and USS Ronald Reagan.

Before coming to CSFTL, his first flag assignment was as deputy chief of staff for fleet policy, capabilities requirements, concepts, and experimentation at U.S. Fleet Forces Command.

Stearney is returning to CSFTL, where he served as chief of staff before departing to lead the Joint Enabling Capabilities Command.

“It is a great privilege to be chosen to lead Strike Force Training, Atlantic,” Stearney said. “It will be my priority to continue the great work of this command and guide it to the next level.”

A native of Chicago, Stearney was commissioned in 1982 following his graduation from the University of Notre Dame. He was designated a naval aviator in 1984, and has held a number of aviation, leadership, and staff positions. He has accumulated more than 4,500 hours and 1,000 carrier-arrested landings in the F/A-18 strike fighter.

His service includes an overseas contingency operations assignment from 2009 through 2010 in Kabul, Afghanistan, as chief of staff for Combined Joint Interagency Task Force 435; where he worked detention and rule of law issues with Afghan security and justice officials, coalition and non-governmental agencies.

Stearney is a graduate of the Navy Fighter Weapons School, where he later served as tactics instructor and readiness officer. He holds a master of science degree in national resource strategy from National Defense University in Washington, D.C.

“Rear Admiral Stearney knows the training mission well,” Craig said. “He will continue the work of certifying forces for the demanding duty of national defense.” 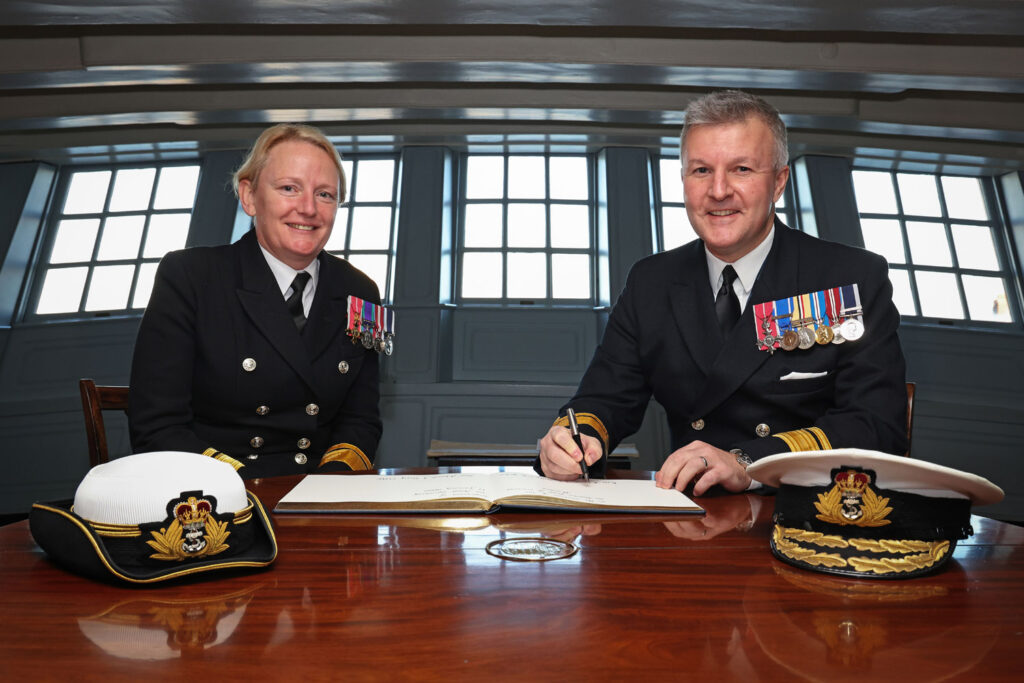