The United States and South Korea have agreed to establish “a bilateral strategy for tailored deterrence against … North Korean nuclear weapons and other weapons of mass destruction,” U.S. Defense Secretary Chuck Hagel said during a press conference in Seoul, South Korea yesterday.

The tailored deterrence agreement will create a strategic, policy-level framework within the alliance for deterring specific threats, Hagel said, “and help us work together more seamlessly to maximize the effects of our deterrence.”

In a joint communiqué issued after the meeting, Hagel and Kim condemned North Korea’s December 2012 long-range missile launch and its February 2013 nuclear test, and “urged North Korea to abandon all nuclear weapons and existing nuclear programs in a complete, verifiable and irreversible manner and to cease … its nuclear programs immediately, including its nuclear activities at Yongbyon, uranium enrichment and construction of a light water reactor.”

It also provides for a “comprehensive counter-missile strategy” to, Kim said, “detect, defend, deter and destroy” threats from the North Korean arsenal.

The agreement states South Korea will “continue to build reliable interoperable response capabilities and to develop the Korean Air and Missile Defense system” and that both sides will further interoperability of the alliance’s command and control system.

Scaparrotti assumed the three-flagged South Korea-based command later in the day from Thurman, who is retiring.

Locklear noted that units from within his command train and conduct exercises regularly with South Korean forces, which he termed “highly capable and very professional.”

Thurman, who has commanded the roughly 28,500 U.S. service members in South Korea for two and a half years, noted that during his tenure readiness across the joint and combined force has been his highest priority.

During his command, he said, South Korean military forces have continued to “demonstrate their expertise in the air, on the ground and in the maritime domains.”

Thurman said he remains confident the allies can defend the peninsula, which has been in a state of suspended war since North and South Korea signed an armistice in July 60 years ago. 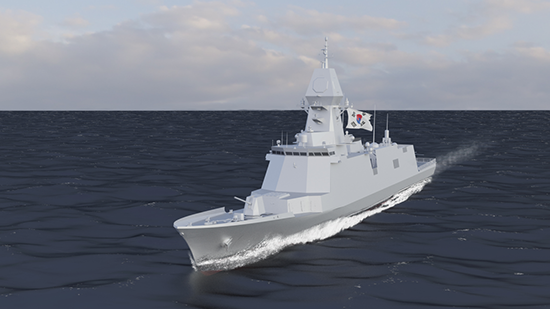 Royal Navy’s improved Spearfish torpedo completes another round of trials in Scotland
Posted: about 1 month ago
US Navy: 3 ships decommissioned this week
Posted: 2 months ago
GD Electric Boat gets $251M in contracts for US Navy submarine work
Posted: 18 days ago
Advertisement
Advertisement