This year’s theme highlighted civil rights in America and how it has shaped the country. The program recognized how the Civil Rights Act helped to strengthen the Navy.

The Civil Rights Act of 1964 was signed by President Lyndon Johnson and it prohibited discrimination on the basis of race, color, religion, sex, or national origin.

“I’m proud to say that this nation has changed, and continues to evolve,” said Porter. “The progress and history that has been made can be seen not only on the surface, but deep within the veins of this nation.”

“The civil rights movement was a time of great change in our country and our Navy,” said Holsey. “During this movement, the struggles for equality open doors of opportunity all across our nation and our military.”

Holsey, a naval aviator, started by reciting the poem “I wasn’t there,” in honor of the famed Tuskegee Airmen.

“Goals, strength, and determination,” said Holsey. “I think it’s safe to say, they all played roles in driving that movement which changed the course of America forever.”

During the Civil Rights movement, thousands of Americans participated in protests, sit-ins, and many other efforts which helped reshape the nation.

“There were several key moments throughout the Civil Rights movement that made a difference,” said Holsey. “I think the most crucial moment was when both blacks and whites, stood together in the face of adversity and said, ‘No More’.”

Commissioned in 2009, Makin Island is the Navy’s newest Wasp-class amphibious assault ship capable of utilizing surface and air assets to move Marine forces ashore. The ship is named in honor of the daring World War II raid carried out by Marine Raider Companies A and B, Second Raider Battalion, on Japanese held Makin Island Aug. 17-18, 1942. LHD 8 is the second ship to bear the name “USS Makin Island.” 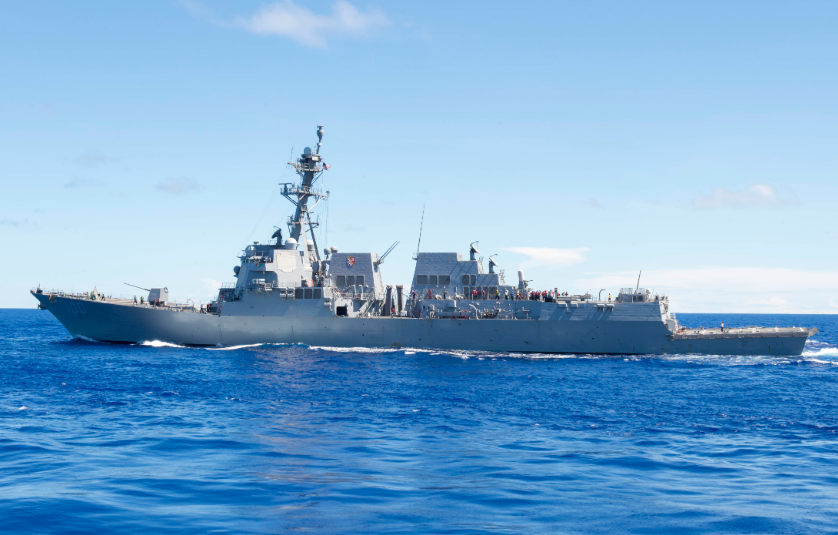