The ship is named after the Honorable John Glenn for his exceptional and decorated service as a U.S. Marine Corps pilot, astronaut and U.S. Senator.

Construction of the USNS John Glenn began in April 2012. Throughout the MLP program, NASSCO has incorporated more than 10,000 improvement ideas into its operations which contributed to controlling costs and delivering the MLP 2 on schedule with no open discrepancies. The 785-foot-long auxiliary ship will serve as a floating base for amphibious operations, and operate as a transfer point between large ships and small landing craft.

“This is a great day for the NASSCO, Navy and Military Sealift Command team,” said Fred Harris, president of General Dynamics NASSCO. “We are delivering this ship with the quality, innovation and capability needed to support the future missions of the nation’s fleet and uniformed men and women around the world.”

NASSCO is currently building the third ship of the class, MLP 3, which will be configured as an Afloat Forward Staging Base (AFSB). It is scheduled for undocking in November and delivery in the second quarter of 2015. 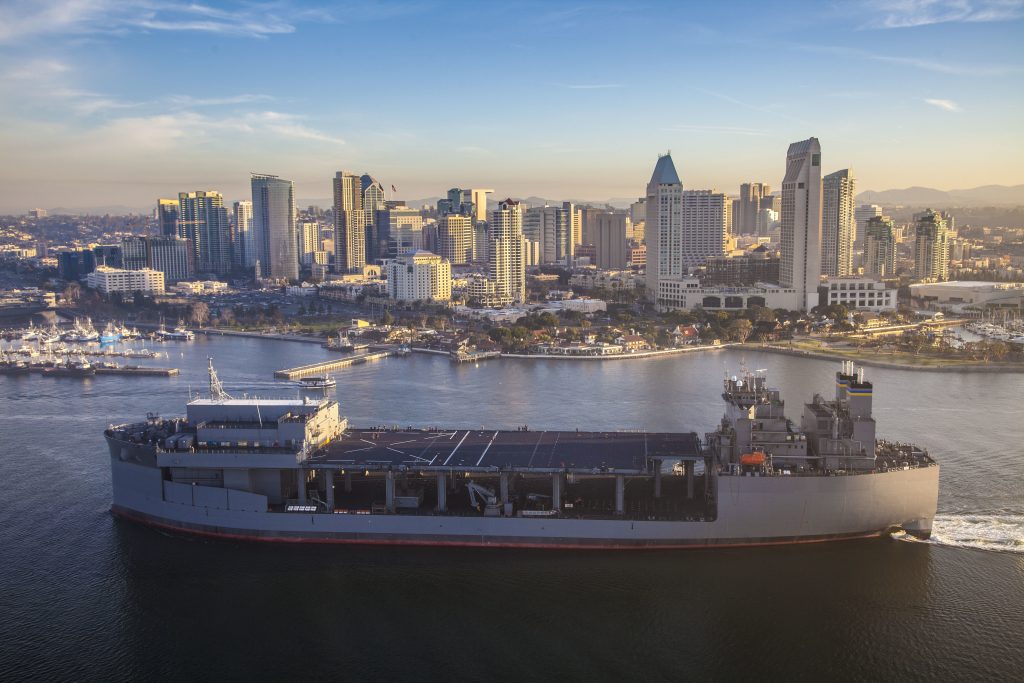