“The program’s objective is to provide hands-on operational training to the crew on the IPS system,” said Ed Harvey, DDG 1000 IPS Land Based Test Site (LBTS) test manager. “This enables them to become proficient in operating and maintaining the equipment.”

“The power systems of the DDG 1000 are totally different than any other ship I’ve been on,” said Electrician’s Mate 1st Class Donald Goldsberry, who has served tours on four other ships. “Up to this point it’s been all classroom training, so I’m enjoying getting the hands on experience. When you can touch it and operate it with your own two hands you get a better understanding of the equipment.”

“It’s extremely important to have the knowledge of the ship’s capabilities and limitations,” said Lt. John Weaver, the ship’s weapons officer. “Our operators need to have an understanding of the procedures and maintenance of the ship.”

Equipment operation was conducted at the local control level, as well as the remote supervisory Engineering Control System (ECS). The ECS system provides a significant advancement in machinery control with automation for system transitions and power management to support the reduced manning concept for DDG 1000.

The Ship Systems Engineering Station, Philadelphia is a major component of Naval Surface Warfare Center Carderock Division. It is the Navy’s principal test and evaluation station and in-service engineering agent for all hull, mechanical and electrical ship systems and equipment and has the capability to test and engineer the full range of shipboard systems and equipment from full-scale propulsion systems to digital controls and electric power systems. 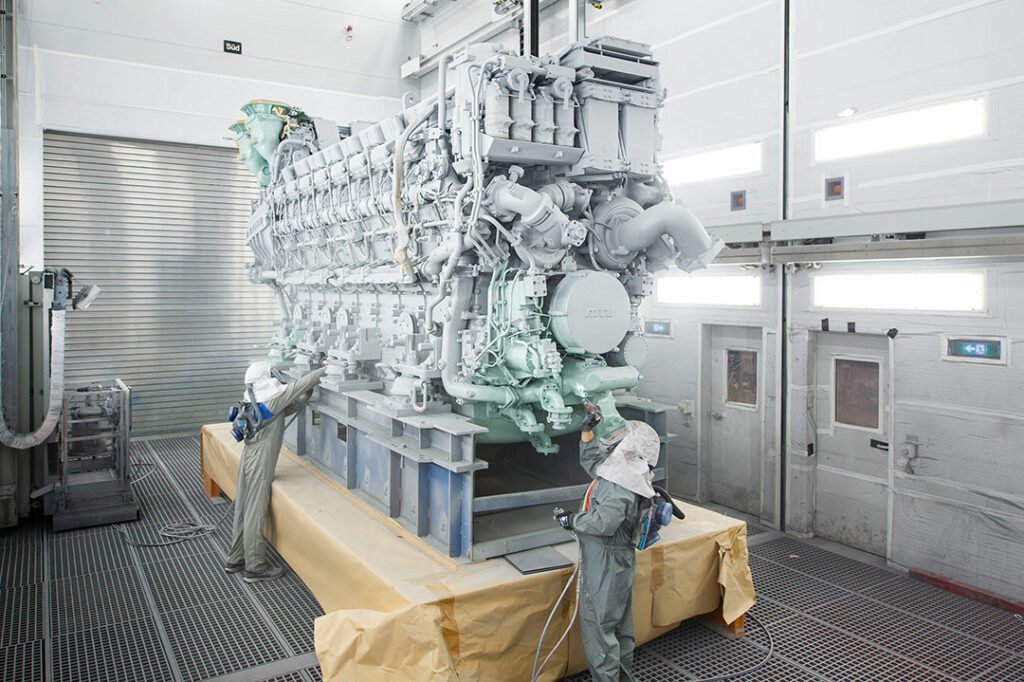