According to a 2002 study by the Research and Development National Defense Institute, “The midlife RCOH of a nuclear aircraft carrier may be the most challenging engineering and industrial task undertaken anywhere.”

Getting Lincoln back in the fight on time and below budget is a long, complicated process with many moving parts, but the more than 2,500 Sailors, 3,000 shipyard workers and contractors have stepped up to the challenge, according to the ship’s commanding officer.

“Everywhere around the ship, you can see progress being made,” said Capt. Karl Thomas, Lincoln’s commanding officer. “It’s easy to see and hear this progress all around us when we walk the deck plates.”

Lincoln has many teams of Sailors, shipyard workers and contractors driving the success of the first phase of RCOH, commonly known as the “rip-out” stage.

One of these teams, the decking team, removed more than 300,000 square feet of tile from the ship, the equivalent of Lincoln’s 4.5 acre flight deck. This effort saved an estimated $3.5 million for taxpayers.

Another initative to save the Navy money includes the refurbishment instead of replacement of the ship’s components. According to Chief Cryptological Technician (Maintenance) Timothy Nerbonne, approximately 40 percent of the water-tight doors and scuttles can be fixed at our light industrial facility (LIFAC). At LIFAC, the doors undergo cleaning, paint and rust removal, and powder coat painting before they return to the ship.

Other areas of accomplishment since Lincoln started RCOH include: the reinstallation of the long range air search radar tower, completion of the port and starboard rudder stock repairs, the refurbishment of 230 of 399 water-tight doors tied to undocking, and the blasting and priming of the hull of the ship below the water line.

Each accomplishment would not be possible without both personnel and safety. From ensuring watchstanders are present to put out potential fires during welding, to powering down electrical equipment during maintenance – every step is accomplished effectively and safely by the integrated team of Sailors, shipyard workers and contractors.

The next 12 months will be a transition from the “rip-out” phase to the “rebuilding” phase of RCOH. 2014 is important for the ship because Lincoln’s personnel will begin to take back owenership of their spaces, and seeing the ship come back together and looking like it’s supposed to is good for morale, said Thomas.

“The shipyard workers and Sailors should be very proud of what they have accomplished thus far,” said Thomas. “I know that I am very proud to see how far we’ve come in one year.”

Lincoln is the fifth ship of the Nimitz class to undergo an RCOH, a major life-cycle milestone. Once RCOH is complete, Lincoln will be one of the most modern and technologically advanced Nimitz-class aircraft carriers in the fleet and will continue to be a vital part of the nation’s defense. 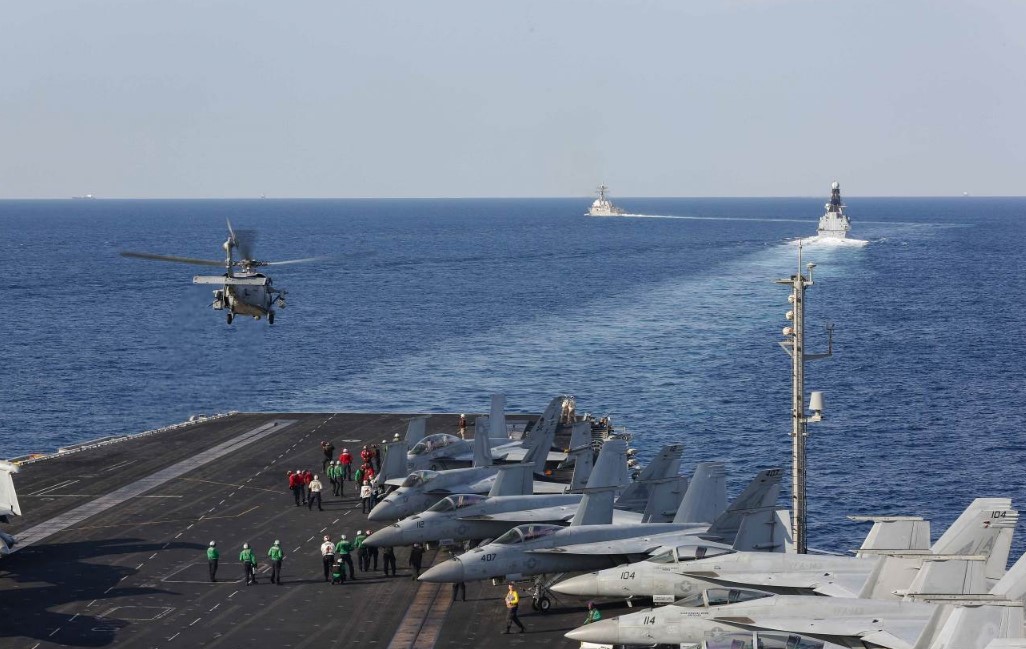