The drill depicted a grim scene, but the ship’s first responders rushed in to fight simulated fires and treat mock casualties.

“This is the first time that we have done this type of drill since I have been here,” said Chief Hospital Corpsman Jolando Lightner, member of the medical training team. “This is going to test us and see just how well Medical and Air can work together.”

The drill simulated arresting gear malfunctions and aircraft destruction that resulted in personnel injuries and multiple fires. The drill helped measure the ship’s responsiveness to a situation of this magnitude.

“Sailors will be under a lot of pressure to properly sort out the victims and bring them [to main Medical] in a quick and efficient manner,” said Lightner.

The crew also responded to ruptured pipes and fuel fires, while ensuring the safety of injured personnel.

“We can never predict when an accident or a casualty is going to happen. The best we can do is train to fight whatever may come our way,” said Lightner.

“The drill was chaotic just like a real mass casualty would be, but the Sailors preformed just as they should,” said Hospital Corpsman 1st Class Chelsea Turner. “It was a great success and lets us know that we can be ready when needed.” 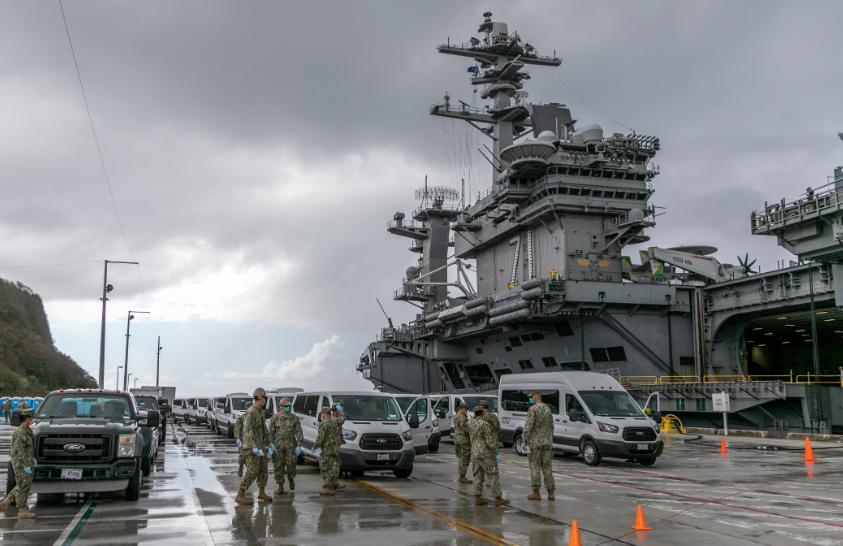