Today’s frigates operate in the most challenging of circumstances. Whether they are fending off enemy submarines, thwarting pirates or carrying out disaster relief and humanitarian missions, these ships need to be effective, efficient, safe and sustainable.

The U.K. Ministry of Defence has engaged in a major program to update and upgrade its current fleet of frigates. In the next decade, Type 26 Global Combat Ships will become the backbone of the Royal Navy, replacing its existing Type 23 Frigates.

The Type 26 will incorporate the latest in hybrid propulsion technology: at low speeds, it will run on an innovative electric drive system, while at high speeds, it will take power from the gas turbine. GE’s Power Conversion business (NYSE: GE) has won the design, development and assessment (DDA) contract to provide the electric propulsion system.

“We are very excited to have been chosen by BAE Systems,” says Mark Dannatt, naval business leader for GE’s Power Conversion business. “Over the last 25 years, we have supplied electrical power and propulsion systems for the majority of the Royal Navy’s surface warships. We have recently built the electric power and propulsion system for the U.K.’s two new aircraft carriers being assembled at Rosyth, and we are now designing the electric power and propulsion system for the four Royal Fleet Auxiliary MARS tankers to be built in South Korea. The Type 26 Global Combat Ship is the latest chapter in our long naval involvement, and we are especially proud to be associated with the next generation of ships for the Royal Navy.”

Under current plans, 13 Type 26 Global Combat ships will be delivered to the Royal Navy.

“This is a good long-term contract for GE Power Conversion,” says Dannatt. “It underlines our strong position in supplying electrical systems to the Royal Navy and many other navies, and it will provide us with an excellent reference for similar projects around the world. It is the latest proof that our power and propulsion technology is not only very energy efficient, but also safe, for instance in the provision of our arc proof, variable-speed drives, as well as being highly cost-effective.”

In this particular case, the GE system also is extremely capable. A key requirement was that the ship’s propulsion system had to be very quiet in order to maximize the operability of the 13 Type 26 ships.

“The motors we will be supplying are very quiet, due in large part to the use of patented anti-vibration technology,” Dannatt added. “Reducing radiated noise from the motor makes it exceptionally quiet, which is obviously very important for naval operations. GE is on the cutting edge with this proven, robust technology. It will allow the Royal Navy to operate more efficiently, cost-effectively and safely. Drawing on our extensive experience over decades in the electrical power conversion systems industry, we are moving to provide the latest in motor and drive technology that is at the forefront of operational efficiency.” 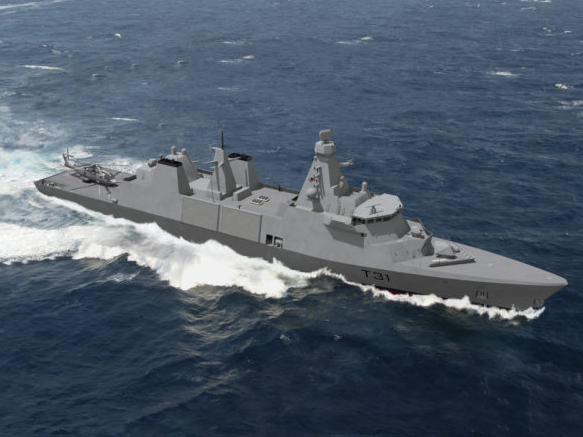