The Speaker and leaders of the political parties of the Dutch House of Representatives made a working visit to the Royal Netherlands Navy frigate, HNLMS De Zeven Provinciën, at sea off the coast of Tanzania. They visitors were accompanied by the Netherlands Chief of Defence, General Tom Middendorp.

During the visit the Members of Parliament were given a briefing about the warship’s deployment as part of EU’s counter-piracy Operation Atalanta.

After the commanding officer of De Zeven Provinciën, Commander Ruud Schoonen, welcomed the visitors on board, they spent two days at sea, with the warship’s crew giving the MPs a comprehensive picture of the mission and how it is being conducted.

Various demonstrations were provided by the Dutch crew as well as by members of the other services, including the embarked Maltese boarding team. These demonstrations addressed all of the aspects of a counter-piracy mission, and also included a highly realistic exercise in which the ship and its crew had to defend themselves against attacks by aircraft and submarines.

Another item on the programme was a brief on the embarked NH90 helicopter. The MPs were also able to have a clear picture of what life is like on board an air-defence and command frigate. 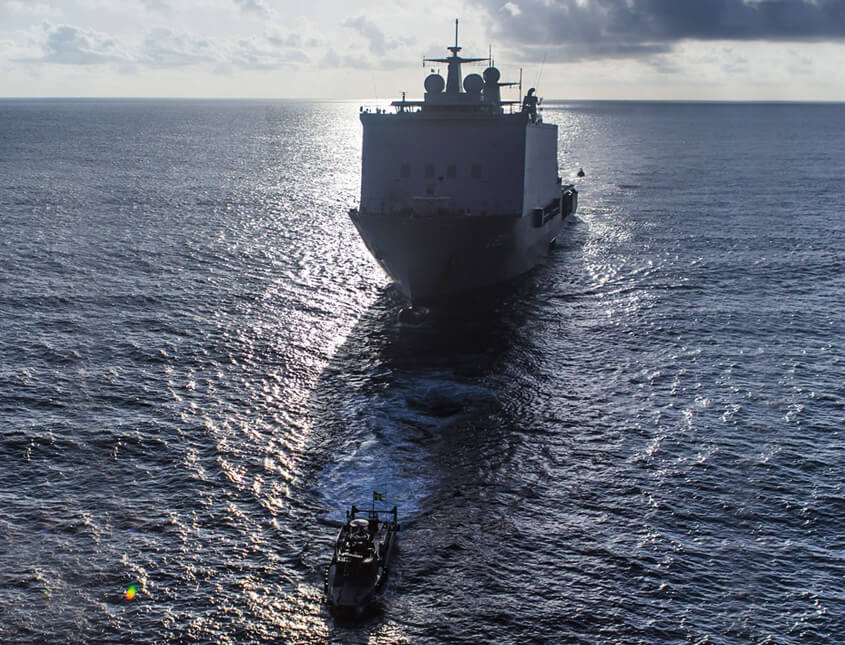