The crew of the Military Sealift Command hospital ship USNS Mercy (T-AH 19) participated in a medical evacuation (MEDEVAC) drill, July 16, during Rim of the Pacific (RIMPAC) 2014.

The MEDEVAC drill’s purpose was for Mercy’s crew to practice coordinating between all of the medical components aboard the hospital ship while receiving a steady flow of incoming patients who suffered injuries likely to be seen during a mass casualty scenario. Medical, aviation and security personnel were all called into action in support of the drill.

Observers of the drill included medical personnel from the Canadian Armed Forces, the People’s Republic of China, People’s Liberation Army (Navy) [PLA(N)], and Naval Medical Center San Diego (NMCSD). Some of the attendees who witnessed the fast-paced atmosphere of the drill were impressed.

“I found the whole experience to exceed anything I’ve done or witnessed in my twenty-one year career as a nurse,” said Lt. j.g. Mary Pelton, a nurse and observer from NMCSD. “The use of resources, the communication, the level of professionalism and the mission in getting patients quickly evaluated, it’s the gold standard.”

“The first time being wheeled into the casualty reception area, in that sort of trauma scenario, was very unique,” said Midshipman 1st Class Vikram Mukherjee. “The medical team acted very quickly. You can tell they know what they’re doing.”

Lt. j.g. Nicole Ely, a nurse aboard Mercy, said the MEDEVAC drill, along with other drills the Mercy conducts, provides Sailors experience with of the ship’s standard operating procedure when dealing with a mass casualty situation.

“Every drill we get a little better and fine-tune the ship’s capabilities,” added Ely. “It gives us all a chance to get better at our jobs and responsibilities on Mercy.” 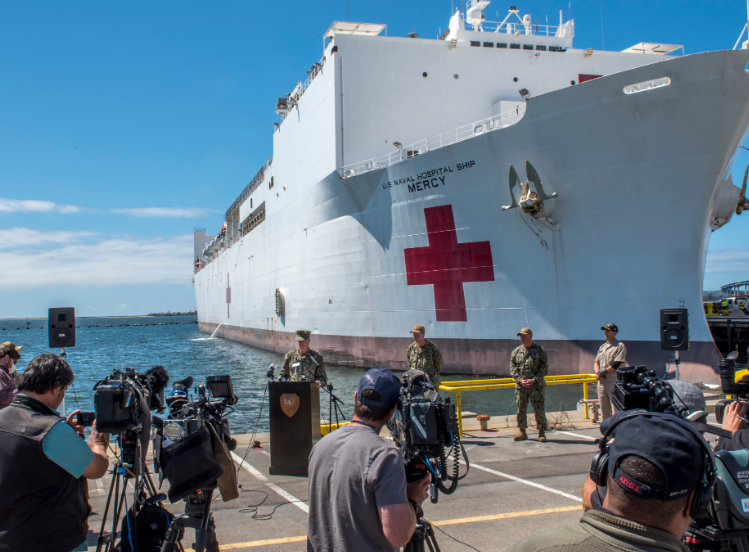