This was the crew’s third stop on the ship’s maiden transit, “America Visits the Americas” as the ship continues to make its way from Huntington Ingalls Shipbuilding in Pascagoula, Miss. to its homeport of San Diego. The crew first visited Cartagena, Colombia and then Guantanamo Bay, Cuba.

While in Brazil, the ship hosted a reception in the ship’s hangar bay for more than 450 guests. The distinguished guests included The Honorable Liliana Alayde, U.S. Ambassador to Brazil, as well as senior Brazilian, U.S. government and military officials.

During the visit, the ship’s military and civilian crew had the opportunity to experience their host nation and to serve as goodwill ambassadors.

While moored at the Port of Rio de Janeiro, the crew participated in several community relations (COMREL) projects with local Brazilian military members.

America is also scheduled to visit Chile and Peru where the crew will continue enriching partnerships through a variety of interactions with the host nations.

America is currently traveling through the U.S. Southern Command and U.S. 4th Fleet area of responsibility on her maiden transit, “America Visits the Americas”. America is the first ship of its class, replacing the Tarawa-class of amphibious assault ships. As the next generation “big-deck” amphibious assault ship, America is optimized for aviation, capable of supporting current and future aircraft such as the tilt-rotor MV-22 Osprey and F-35B Joint Strike Fighter. The ship is scheduled to be ceremoniously commissioned Oct. 11 in San Francisco. 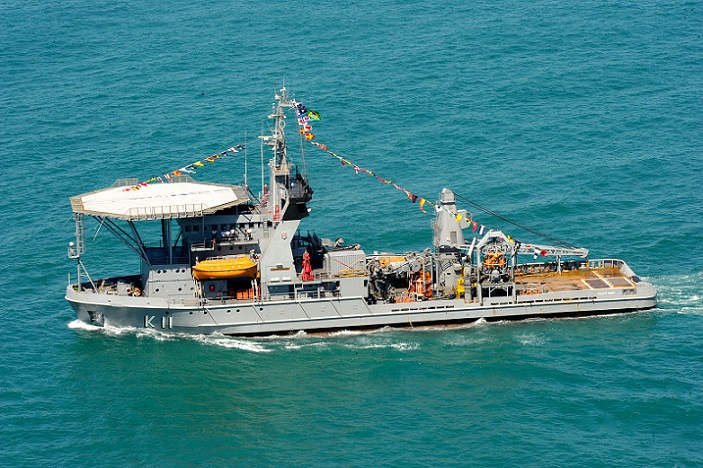