Completion of this critical milestone allows the program to proceed to its critical design review, moving closer to manufacturing the system and installing it on new production E-2Ds as well as retrofitting it onto E-2Ds that are currently operating in the Navy fleet.

“I’m very pleased with the progress the team has made,” said Capt. John Lemmon, program manager, E-2/C-2 Airborne Tactical Data System Program Office (PMA-231). “Adding an aerial refueling capability to the E-2D Advanced Hawkeye will extend its critical mission of providing continuous information to the warfighter who depends on it.”

Under a $226.7 million engineering, manufacturing and development contract awarded in 2013, Northrop Grumman is designing several system upgrades necessary to accommodate an aerial refueling capability. These include new seats to enhance pilot field-of-view and decrease crew fatigue; formation lights for better visualization and air space orientation; and enhanced software in the aircraft’s flight control system to assist the pilots with aircraft handling qualities when refueling.

“The greater endurance provided by aerial refueling provides the warfighter with enhanced surveillance and targeting capability and the persistence needed to accomplish this more effectively,” said Bart LaGrone, vice president, E-2/C-2 programs, Northrop Grumman Aerospace Systems. “This results in an advanced airborne early warning system that yields greater surveillance for a longer period of time at a greater distance than presently available.”

As the U.S. continues its shift to Asia-Pacific, the extended range of the E-2D Advanced Hawkeye can provide the enhanced maritime security required by the vast geography of the Asia-Pacific region, for both the U.S. and its allies.

“The level of information provided to the warfighter will increase exponentially with the extended range and endurance of the E-2D Advanced Hawkeye fleet with aerial refueling,” LaGrone said. 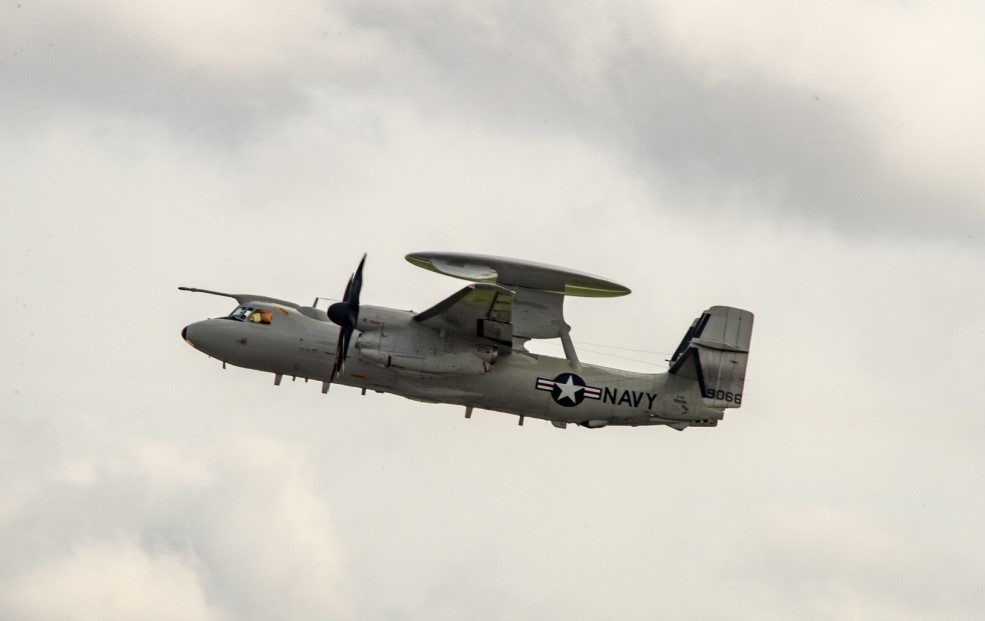