Commander, Naval Air Force Atlantic (CNAL) released the results of the Judge Advocate General Manual (JAGMAN) investigation in to the crash of an MH-53E Sea Dragon off the coast of Virginia January 8, that resulted in the death of three Sailors.

The MH-53E, assigned to Helicopter Mine Countermeasures Squadron Fourteen (HM-14) and based at Naval Station Norfolk Chambers Field, was conducting a routine training exercise when the accident happened.

The Navy has spent the past several months conducting a detailed investigation into the crash to learn what went wrong and how to minimize the chance of such an event from happening in the future.

“The investigation has found that these deaths were incurred in the line of duty and not due to misconduct,” said Capt. Todd Flannery, Commander, Helicopter Sea Combat Wing Atlantic (HSCWL).

The JAGMAN investigation found that the crash occurred as a result of a fire that erupted in the upper left side wall of the crew cabin, resulting in a thick smoke that filled the cabin and cockpit. This caused the aircrew to lose spatial awareness and become disoriented, resulting in the aircraft crashing into the ocean.

“Chafing between insulation covering electrical wires and the surface of an aluminum fuel transfer tube had likely enabled an electrical arc from a wire to breach the transfer tube, igniting the fuel that was inside,” said Flannery.

Post-mishap analyses revealed two small holes in an aluminum fuel transfer tube. It is likely that the chafing breached through the insulation of a conductive wire, allowing shorting/arching to the aluminum surface.

“The wire bundling near the breach was not recovered,” said Flannery. “While a short/arc event localized to the wiring within the bundle was possible, it could not be conclusively determined.”

In the weeks following the crash, the Navy directed a one-time inspection of all CH/MH-53 cabin fuel tubes and electrical wiring within 12 inches of each other for signs of chaffing. A periodic inspection schedule is currently being developed. It is anticipated that this new requirement will be released in approximately three to four months. 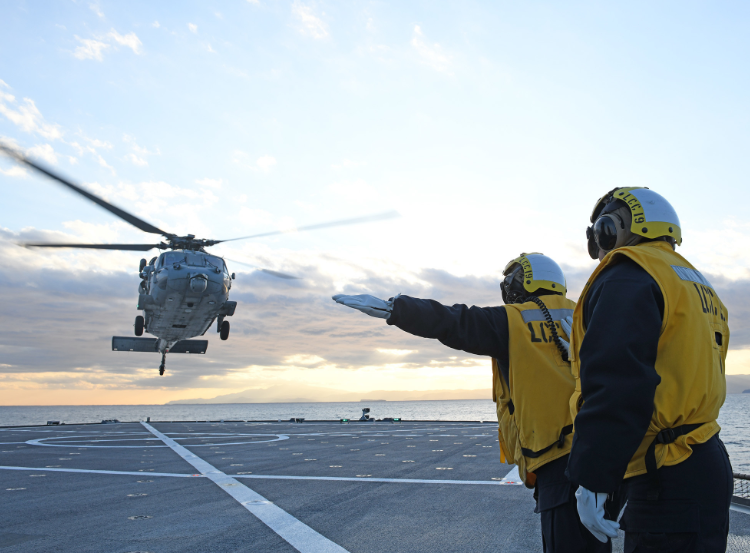