The two traced their initials into the ship’s keel plate after which they said, “We hereby declare that the keel of the future USS Ralph Johnson has been truly and fairly laid.”

Ingalls shipbuilding has a long history in destroyer shipbuilding, beginning with the keel-laying of the USS Spruance (DD 963) in the same shipyard over 40 years ago, in 1972. Ralph Johnson is the 64th Arleigh-Burke class destroyer, and the 30th DDG 51 class destroyer built by the shipyard. HII is under contract to build an additional six of the 14 DDG 51 class ships currently under contract. General Dynamics Bath Iron Works is also under contract to build seven destroyers as part of the DDG 51 program restart.

The ship is named for Marine Pfc. Ralph Henry Johnson, who posthumously received the Medal of Honor for his heroic actions during the Vietnam War. Johnson used his body to shield two fellow Marines from a grenade, absorbing the blast and dying instantly in March 1968. 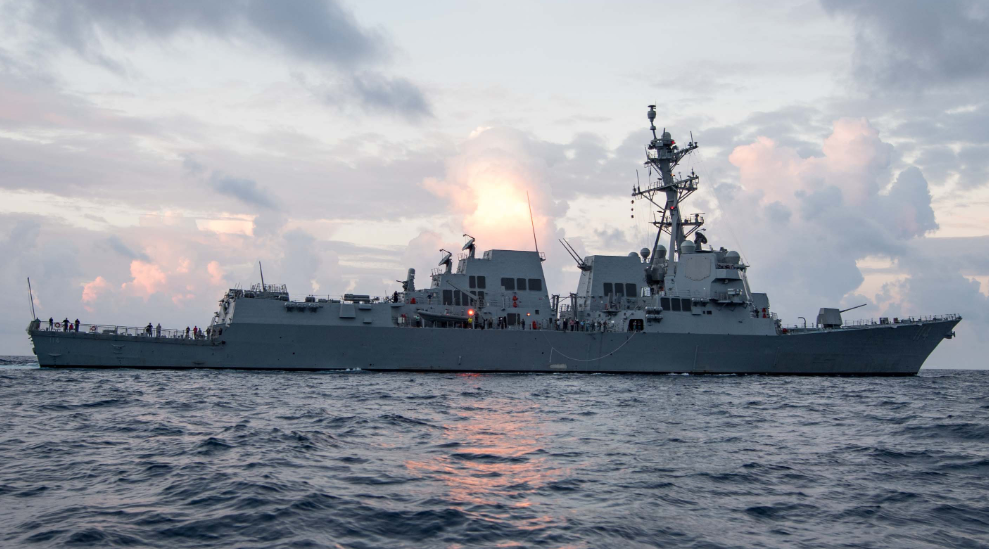