Two Pakistan naval ships, “SAIF” and “NASR” arrived at the Port of Colombo on 1st October 2014 on a goodwill visit.

The Mission Commander, Commodore Zahid Hyas and the Ships’ Commanding Officers paid a courtesy call on the Commander of the Navy, Vice Admiral Jayantha Perera at the Naval Headquarters in Colombo.

PNS SAIF is a multi mission frigate capable of operating independently or as part of a Task Force. It is equipped with state-of-the-art modern weapons and sensors and carries Anti Submarine Z9EC helicopter onboard.

PNS NASR is a leading unit of the Pakistan Navy Fleet’s 09th Auxiliary and Mine Warfare Squadron. The ship can undertake long range helo operations with its anti-ship missile and torpedoes. It is capable of providing fuel, water and stores including ammunition to surface ships and helicopters at sea for their prolonged operations.

The ships are on their way home from the Port Kelang in Malaysia. 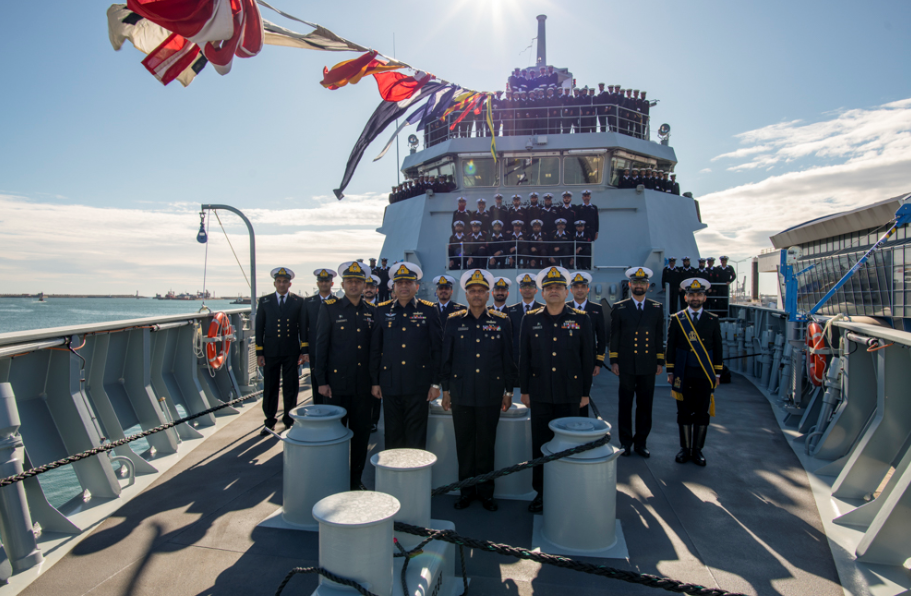