Forty-two nations, engaged with their units in a training area stretching between the Persian Gulf and the Red Sea, launched IMCMEX 14 (International Mine Counter Measure Exercise), the largest exercise of its kind.

The third edition of the International MCM Exercise hosted by the U.S. Naval Force Central Command (NAVCENT), aims at training a multinational coalition in mine countermeasures operations, Maritime Security Operations, and Harbour Protection Operations to protect important sea lanes and chokepoints. The exercise lasts from 27 October until 13 November.

The exercise is an opportunity to improve civil/military cooperation and build stronger defence capabilities in regions of paramount importance to international commerce and trade.

The Italian Navy – a long time NATO referent for the mine countermeasures field, will be represented by a mines specialist, Commander Luca Traversaro, who will act as current staff officer onboard the amphibious vessel USS Ponce, the interim Afloat Forward Staging Base for mine countermeasure. 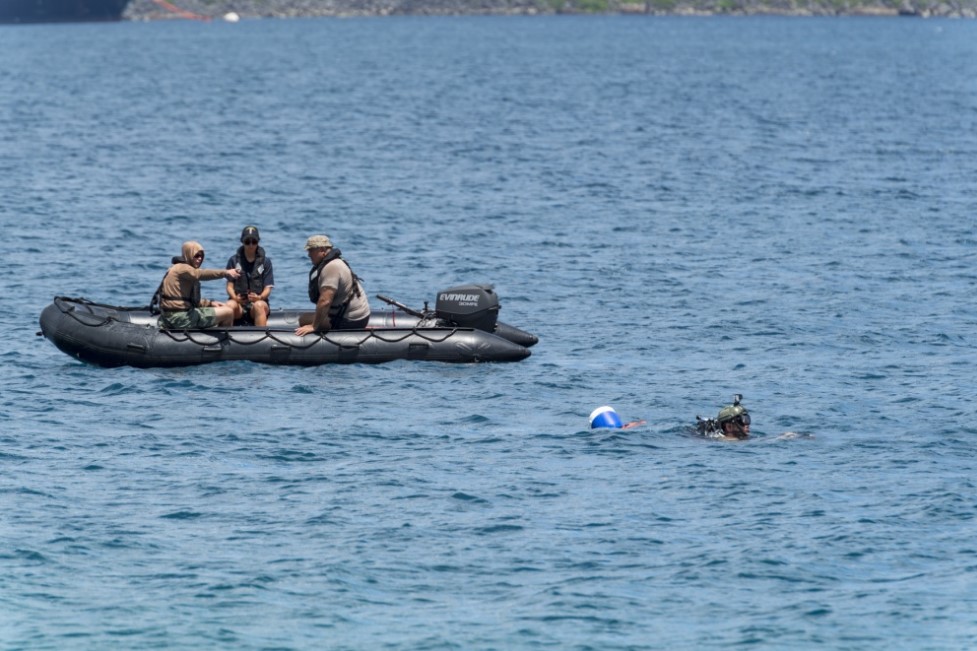