Fourteen working Harrier jump jets – their engines limited so they don’t take off – give aircraft handlers the experience of the noise, smells and jet blast of a busy deck.

Although the Harrier was axed at the end of 2010 following the last defence review and its successor, the F-35 Lightning II, won’t fly from the deck of HMS Queen Elizabeth until 2018, the RN School of Flight Deck Operations is maintaining the skills needed to safely marshal multi-million-pound strike fighters around a flight deck, launch them, and recover them.

The school uses a mock-up of an Invincible-class carrier flight deck, with a limiter on the engine keeping the 14 single and twin-seat Harrier rooted to the Cornish tarmac.

The existing ‘dummy deck’ will require rebuilding for the Queen Elizabeths, whose flight decks are more than twice the size of their forerunners.

The school doesn’t need the entire flight deck, but it does need a section recreating – a 140-metre-long section from the aft island to the stern (including one of the ship’s two lifts), and 70 metres across; it’s the width, more than the length, of the new carriers which is likely to catch people out.

The first handlers are due to join HMS Queen Elizabeth early next year, followed by the bulk of the deck teams in the summer of 2016, ready for her sea trials. The ship will work with helicopters for the first 18 months of her life before the Lightning IIs come aboard in 2018. 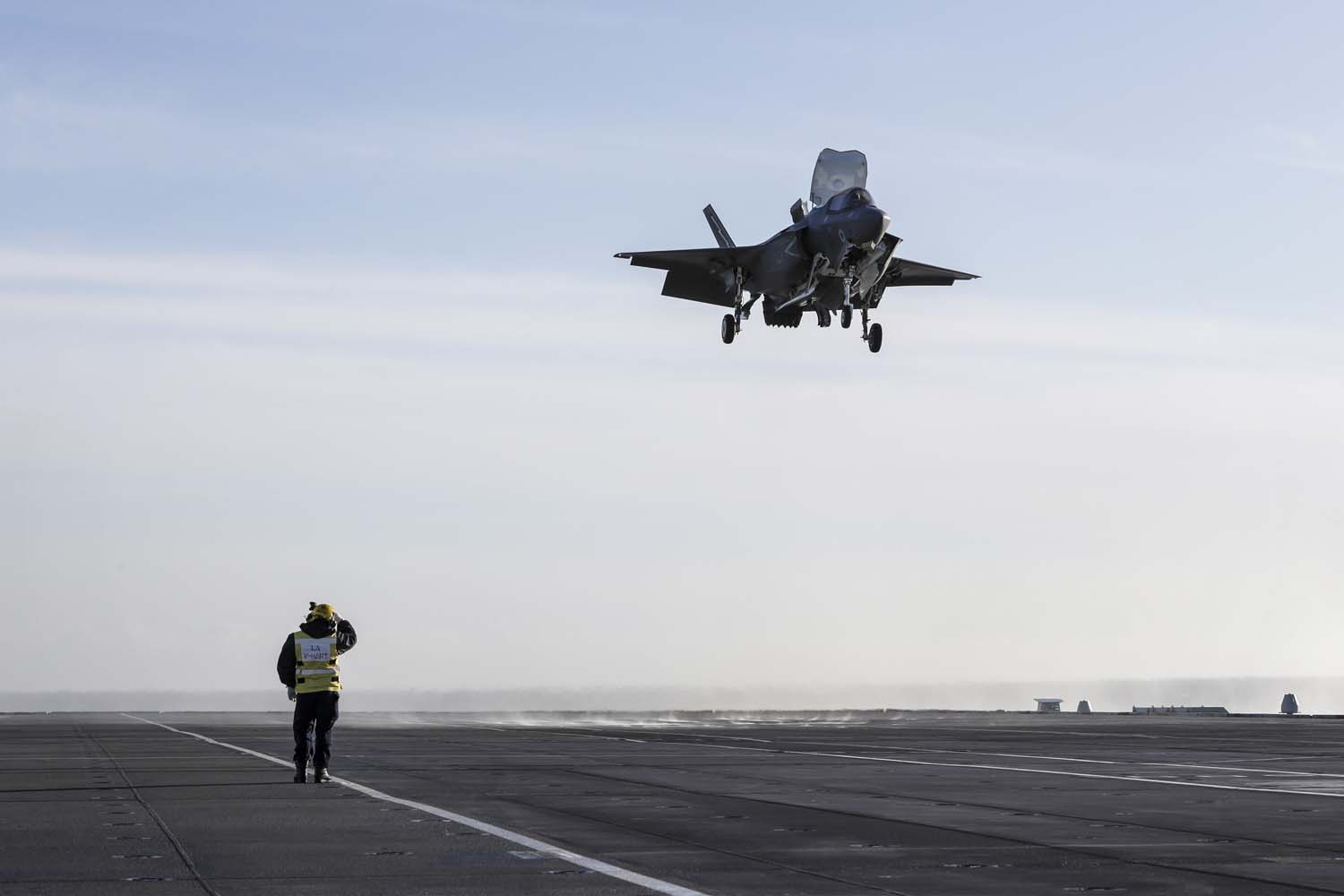