Commodore Asif Hameed Siddiqui SI(M) from the Pakistan Navy has assumed command of the Combined Maritime Forces (CMF) counter-piracy operations from Rear Admiral Pakorn Wanich of the Royal Thai Navy at a ceremony in Bahrain on 26 February 2015.

Tasked to be the Gulf of Aden and Internationally Recommended Transit Corridor coordinator and then taking on the counter-piracy coordinator role has brought Thailand’s CMF command to the forefront of strategic development for this very important mission, but there is, as always, still room for improvement.

Vice Admiral John W Miller, the Commander of CMF, presided over the handover:

Commodore Asif previously served in CMF as the Chief of Staff to a previous Pakistani command of CTF-150, the counter-terrorism and maritime security task force. 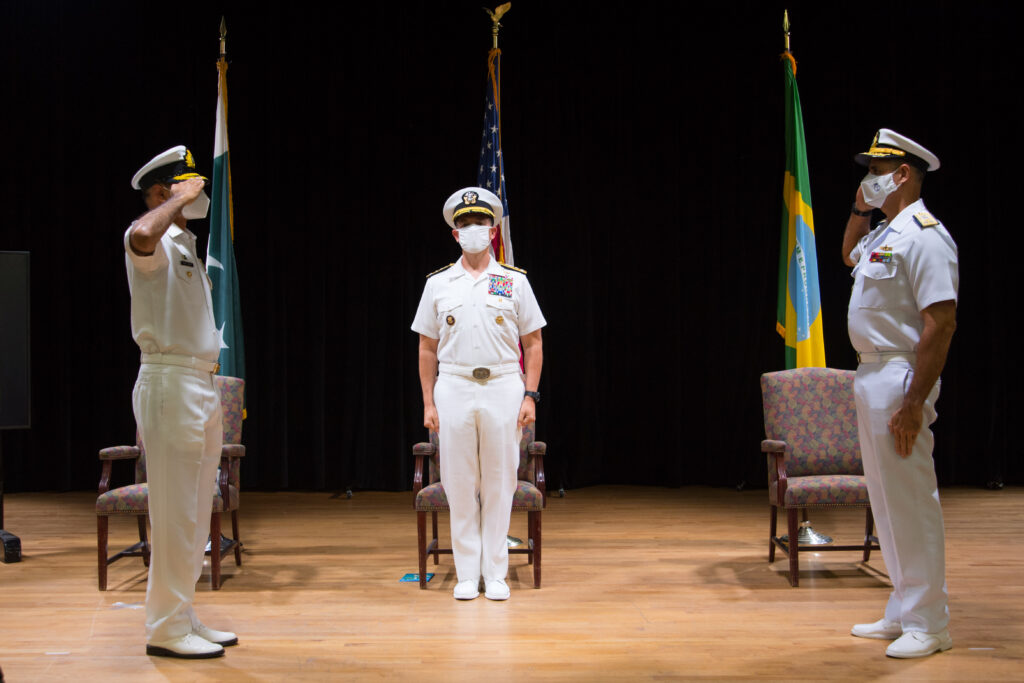