Munro is the company’s sixth NSC and is expected to deliver by the end of next year.

NSC 6 is the most complete ship at launch, and we accomplished this a week earlier than scheduled.

Munro was translated via Ingalls’ rail car system to the floating dry dock one week prior to launch. The dock was moved away from the pier and then flooded to float the ship. With the assistance of tugs, Munro came off the dock Saturday morning.

Ingalls has delivered the first five NSCs and has three more under construction, including Munro. The seventh ship, Kimball (WMSL 756), is scheduled for delivery in 2018. The eighth NSC, Midgett, will start fabrication in November.

Munro is named to honor Signalman First Class Douglas A. Munro, the Coast Guard’s sole recipient of the Medal of Honor. He was mortally wounded on Sept. 27, 1942, while evacuating a detachment of Marines on Guadalcanal.

Legend-class NSCs are the flagships of the Coast Guard’s cutter fleet. Designed to replace the 378‐foot Hamilton-class high-endurance cutters that entered service in the 1960s, they are 418 feet long with a 54-foot beam and displace 4,500 tons with a full load. They have a top speed of 28 knots, a range of 12,000 miles, an endurance of 60 days and a crew of 110. 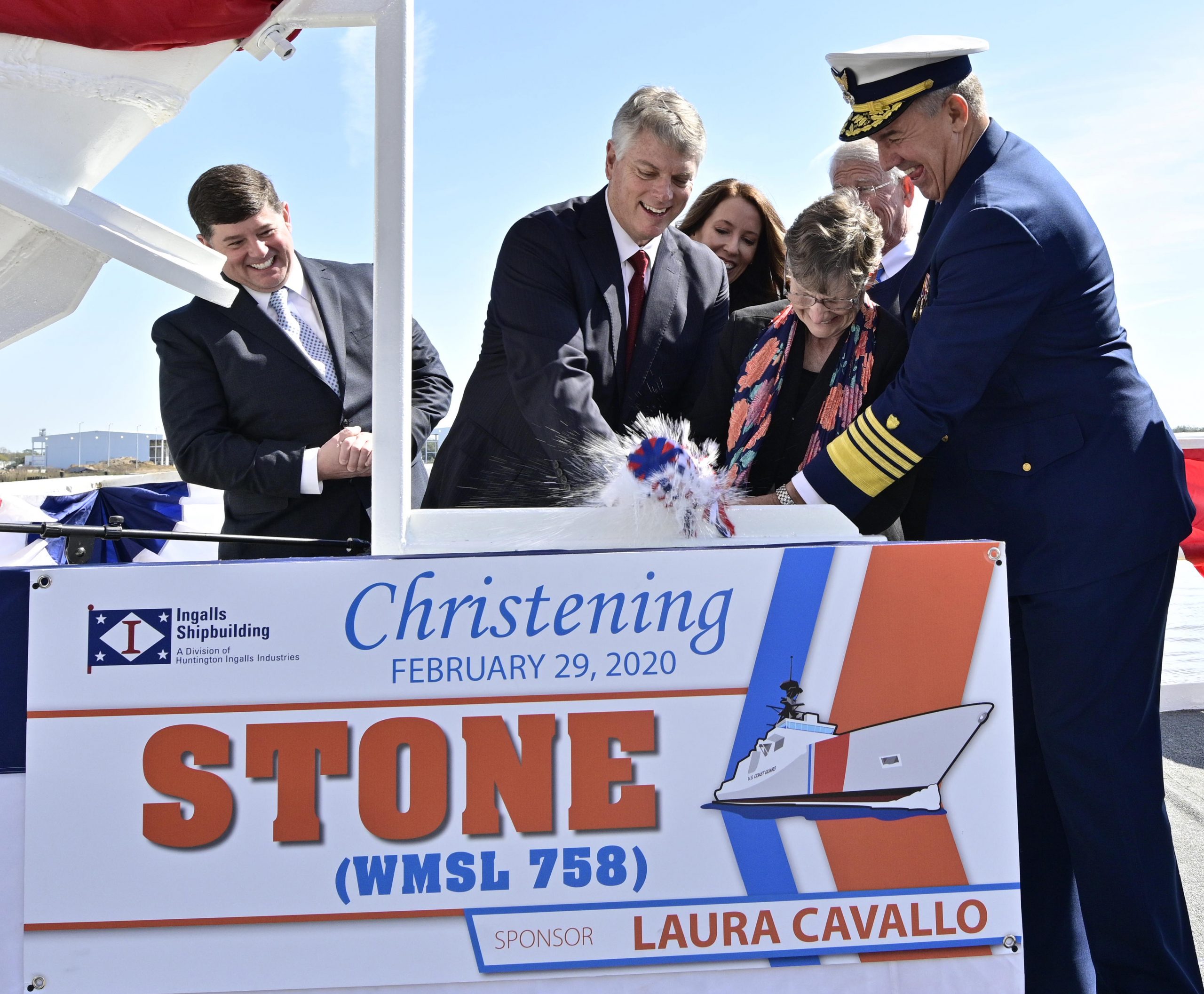