USCG Offloads USD 41 Mln Worth of Drugs in Miami

US Coast Guardsmen offloaded approximately 1,100 kilograms of cocaine and 4,420 pounds of marijuana, interdicted in the Caribbean Sea as part of Operation Martillo and Unified Resolve worth an estimated wholesale value of $41 million at Coast Guard Base Miami Beach, Fla., on Tuesday.

In one case, a Coast Guard HC-144 Ocean Sentry aircraft, in support of Operation Unified Resolve, located a suspicious go-fast vessel southeast of Isla Saona, Dominican Republic Sep. 20. The Coast Guard Cutter Richard Dixon responded to the report and interdicted the go-fast vessel after the suspects jettisoned four packages into the water, multiple packages remained onboard. A boarding team from the Richard Dixon recovered in total of 49 bales of marijuana weighing 2,450 pounds. Three suspects aboard the go-fast boat were taken into custody.

The suspected smugglers were transferred to U.S. authorities for prosecution.

We have to keep these drugs from penetrating our borders. More importantly, we have to get after the organized criminal networks that fuel the violence and instability in the Western Hemisphere.

This has been a record year for the Coast Guard. Since October 2014, the Coast Guard has removed 130 metric tons of cocaine ($4.3 billion), the most since 2008. In addition, the Coast Guard and its federal partners have brought nearly 500 smugglers in more than 200 cases in for prosecution and seized over 135 vessels, both record highs. These numbers include seizures on both the Pacific and Atlantic coasts. 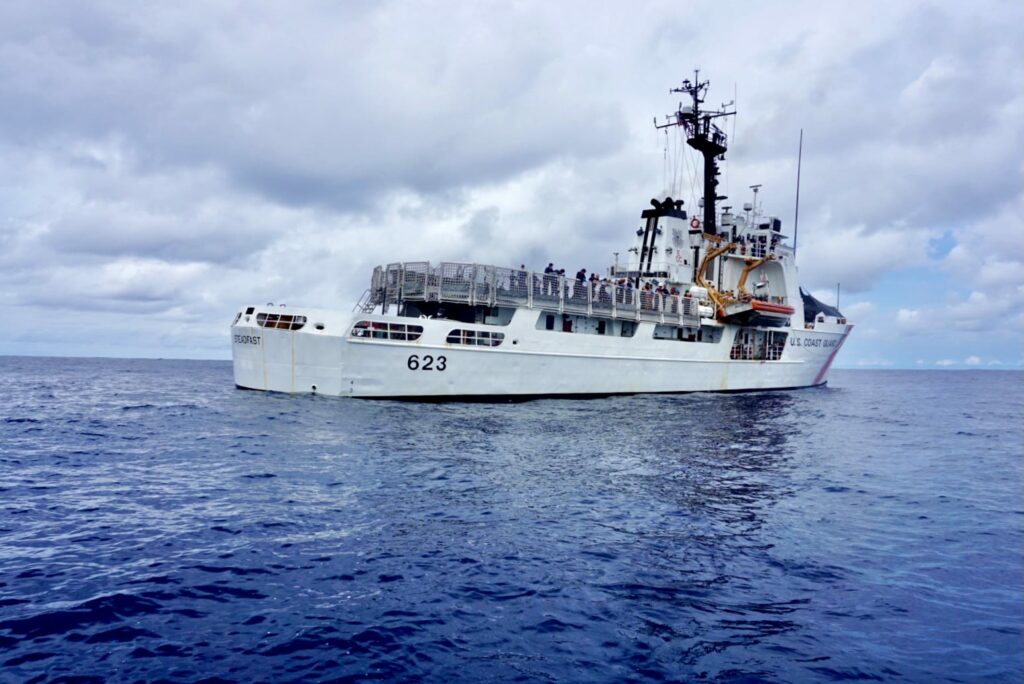