Sustainment teams on both sides of Australia are upgrading ANZAC class frigates HMAS Perth and HMAS Anzac to significantly increase their capability.

Across each warship, BAE Systems Australia is delivering more than 15 complex engineering changes including enclosing the quarter deck, modifications to accommodate the MH-60 Romeo naval helicopters, relocation of the on-board gymnasium and radar cross section remediation works. One ship will also have an Electronic Surveillance Mast and supporting communications equipment installed.

It will take more than 32,000 hours to complete the two major packages of work. HMAS Perth is being upgraded at the Common User Facility at Henderson in Western Australia and is due to be completed by early December.

HMAS Anzac is in Sydney at Fleet Base East Garden Island with work due to be finished this month. HMAS Perth and HMAS Anzac underwent Anti Ship Missile Defence (ASMD) upgrades in 2011 and 2014 respectively at the Company’s Henderson facility in Western Australia.

Since the In-Service Support began with the delivery of ANZAC ships from the initial build program at Williamstown shipyard, BAE Systems has been working as part of the ANZAC Alliance on a wide range of engineering design and integration tasks to introduce new capability, resulting in a fleet that is technologically advanced and highly capable of meeting all operational requirements. 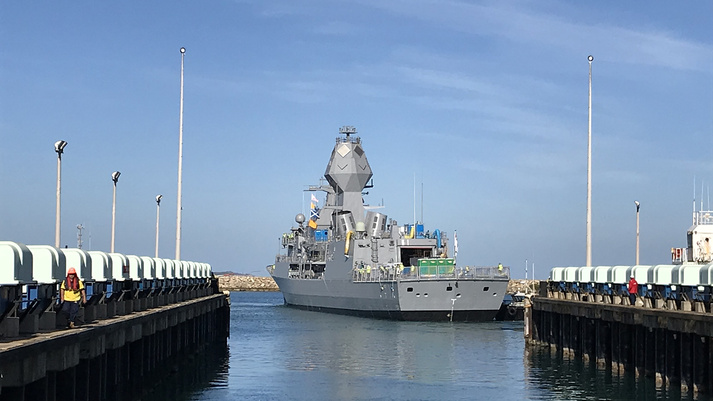