Naval shipbuilder Austal Limited announced January 15 that Expeditionary Fast Transport 6 (EPF 6) was delivered to the U.S. Navy on January 14 during a ceremony aboard the ship at Austal USA’s shipyard in Mobile, Alabama, USA.

The delivery of the USNS Brunswick (EPF 6) marks the first ship in its class Austal has delivered to the Navy in 2016.

Austal Chief Executive Officer Andrew Bellamy said: “The EPF program is now mature and stable. The entire team at Austal USA has much to be proud of in achieving this. It’s a great ship and a great program.”

Three additional EPF, formerly Joint High Speed Vessels (JHSV), remain under construction in Mobile as part of a 10-ship, US$1.6 billion block-buy contract from the U.S. Navy. The future USNS Carson City (EPF 7) will be christened in January 2016 and will launch soon after, while modules for Yuma (EPF 8) and Bismarck (EPF 9) are under construction in Austal’s module manufacturing facility. Construction of Burlington (EPF 10) is expected to begin later in 2016.

According to Austal, EPF 11 and 12 were fully funded by Congress in the 2015 and 2016 Omnibus Appropriations Bills. Shipbuilding contracts for EPF 11 and 12 have not yet been finalised however the Navy awarded Austal a $54 million contract in October to fund long lead materials for EPF 11. 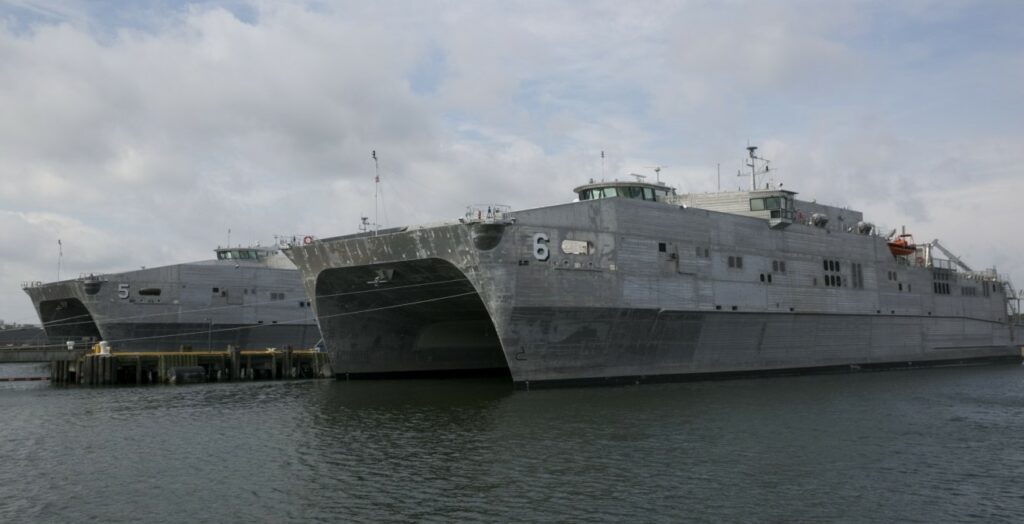