First ship of the German Navy’s newest K130 Braunschweig-class corvettes, FGS Braunschweig, will set sail for a one-year deployment to the UNIFIL mission in Lebanon.

The ocean-going corvette will leave her homeport in Warnemünde, Germany Monday, May 16.

Braunschweig’s crew of 54 soldiers, commanded by the Corvette Captain Ronny Bergner, will relieve another German Navy corvette, FGS Erfurt. Erfurt, which has been part of UNIFIL for almost 17 months and has conducted our crew swaps, is expected to return home on June 11, 2016.

While deployed to UNIFIL, Braunschweig will be under the command of the Brazilian Admiral Henrique Mello de Almeida. The mission is currently made up of units from Brazil, Greece, Turkey, Indonesia and Bangladesh.

Braunschweig, like her sister-ship Erfurt, will be changing crews during the deployment due to the long period away from homeport.

Braunschweig (F 260) is the first of five new corvettes built for the German Navy by TKMS. The 89 meter ship was launched in April 2006 and commissioned into the navy two years later, in April 2008.

Ludwigshafen am Rhein, the latest ship in the class, joined the navy in March 2013. 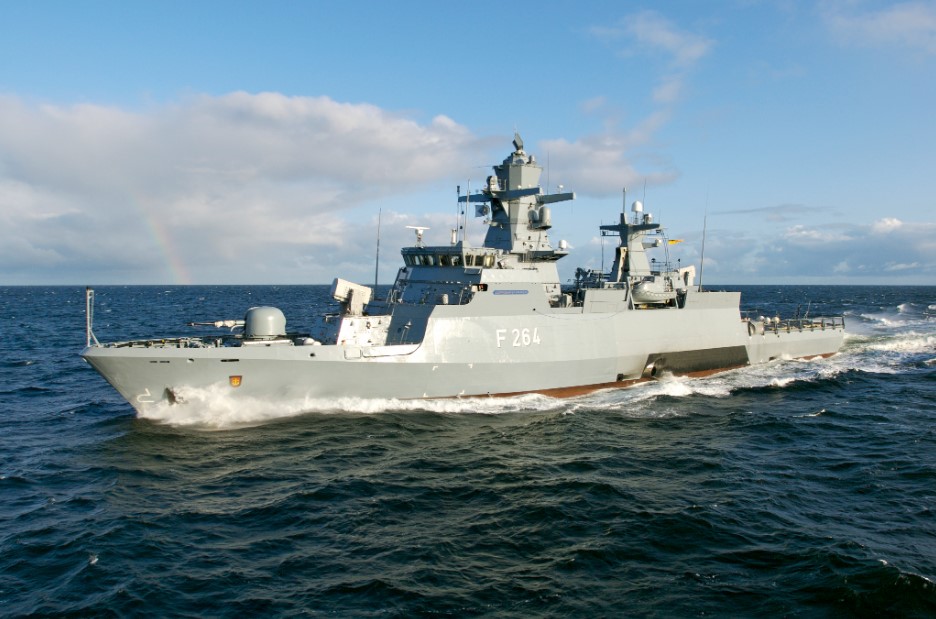