SD Angeline is the newest addition to the Royal Navy’s HM Naval Base Clyde, home to the nations nuclear-powered Trident submarines.

Brought in by the marine services provider Serco as its 30th new vessel, SD Angeline is now operating on the River Clyde providing marine services to the UK Ministry of Defence (MOD) in Scotland.

SD Angeline has been designed to conduct lifts on and off submarines berthed alongside and at the Base. The MOD-owned, Serco-operated workboat was built by the Dutch-based shipyard group Damen.

Measuring 25 metres in length, with a gross tonnage of 200 and crew of three, this vessel is equipped with two cranes and fuel and potable water storage tanks for supporting warships.

SD Angeline is the 30th new vessel that Serco has introduced into service since winning the current Marine Services contract in 2008. The company now operates a total fleet of 114 vessels, 24 of which are run from Scottish sites.

Phil Ireland, Serco’s Contract Manager (Scotland) said: “For the past 18 years, Serco has proudly provided round-the-clock support to the Royal Navy in Scotland. We worked in close partnership with Defence Marine Services and the Naval Base team to design, build and bring SD Angeline into operational service and are enjoying working with our various stakeholders at HMNB Clyde towards realising the full spread of this impressive vessel’s capabilities.” 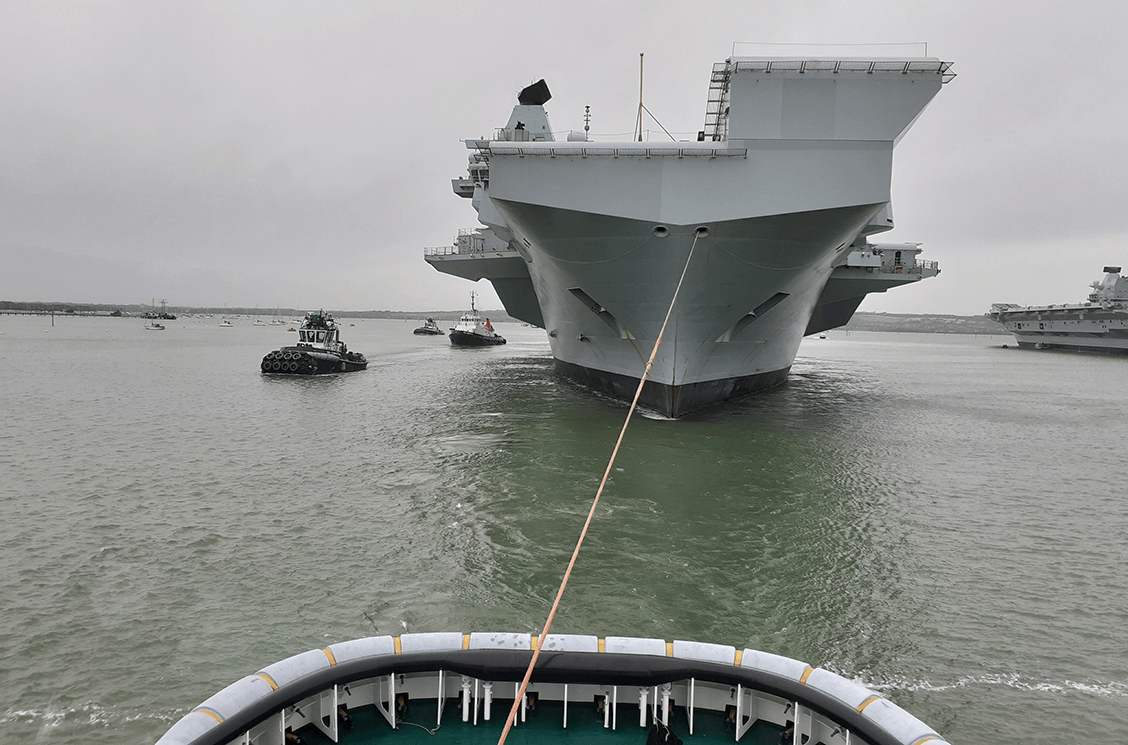 HMS Trent embarks on her 1st mission
Posted: 2 months ago
Royal Navy: Over $200M of drugs seized in the Caribbean
Posted: 14 days ago
Royal Navy’s improved Spearfish torpedo completes another round of trials in Scotland
Posted: about 1 month ago
Advertisement
Advertisement