American global aerospace and defense company Lockeed Martin, which is in charge of manufacturing the next-generation F-35B stealth fighter jet, recently explained how the new aircraft will be taking off from the Royal Navy’s Queen Elizabeth-class aircraft carriers using the ski jump.

For more than 30 years, the UK has used the ski jump for carrier operations as an alternative to the catapults and arresting gear used aboard U.S. aircraft carriers.

The shorter UK carriers feature an upward-sloped ramp at the bow of the ship. Curved at its leading edge, a ski-jump ramp simultaneously launches aircraft upward and forward, enabling takeoffs with more weight and less end-speed than required for an unassisted horizontal launch aboard U.S. aircraft carriers.

With the partnership between the Lockheed Martin and the UK’s BAE Systems, the design of the F-35B incorporates the ski jump takeoff capability from the very beginning.

HMS Queen Elizabeth is the first of two Queen Elizabeth Class aircraft carriers equipped with a ski-jump ramp, charged with maintaining security for the UK and overseas, increasing the UK’s ability to project maritime and air power and responding to crises worldwide.

HMS Queen Elizabeth is an impressive 280 meters, or nearly 1,000 feet, in length, and displaces up to 65,000 tons of water. It is so big that each of its two propellers weigh 33 tons. With the ability to move 500 miles a day, it can react quickly to situations across the globe.

The UK will declare F-35 maritime initial operational capability in 2020. When the new carrier comes into service, the F-35B will dominate the skies for decades to come. Squadron Leader Andy “GARY” Edgell, RAF, is the first UK military pilot to complete a takeoff from the ski jump with an F-35B.

“The performance of the jet has been great. As the pilot, I have to do very little to accomplish a perfect ski jump takeoff,” commented Edgell. “I push the STOVL [short take off vertical landing] button to convert to Mode 4, push throttle to mil and use the pedals for minor directional inputs to remain on centerline.”

The F-35B automatically positions the control surfaces and nozzles for takeoff, a unique capability compared with previous STOVL aircraft. Such automation frees up pilot capacity and provides an added safety enhancement.

The aircraft treats the take off just like a regular short take off until it recognizes the six-degree per-second pitch rate and six-degree pitch angle about half way up the ramp. The horizontal tails and nozzle then automatically maneuver downward, and the vane box does not budge. The vane box sits directly under the lift fan and directs the airflow to allow for the proper lift off the surface.

“As the jet travels up the ski jump it automatically makes the necessary adjustments to the nozzle and control surface deflections. With the F-35 automatically adjusting for the optimum takeoff, the pilot is free to adopt more of a supervisory role, monitoring for any off-nominal behavior and ready to immediately take full control, if necessary,” said Edgell. “Virtue of the superb F-35 STOVL handling qualities, the low pilot workload during launch and recovery from an aircraft carrier enables the pilot to focus more on the operational task at hand and less on the administrative aspects of the flight.”

The F-35B represents the first STOVL aircraft with the ability to go supersonic, and it will change the way the UK defends their country for many decades, Lockheed Martin said.

The next phase of this testing will continue to expand the takeoff envelope and eventually add stores both internally and externally. Adding more stores highlights the advantage of using the ski jump as the weight increases to an eventual fully loaded F-35B. The testing at NAS Patuxent River is proving the F-35B can operate from a ski-jump carrier and be a powerful force for the UK when they begin deployments in the 2020s. 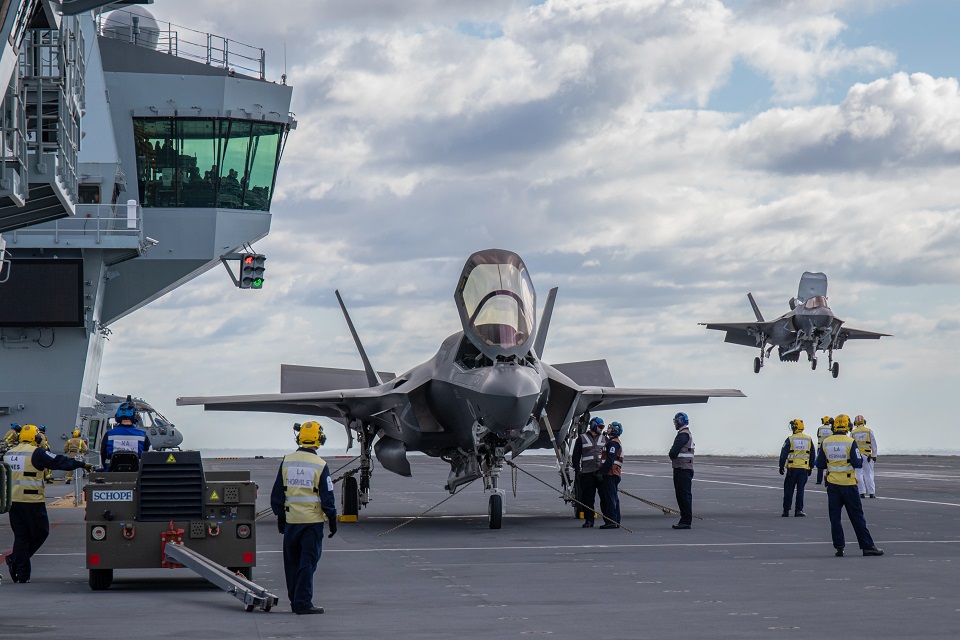 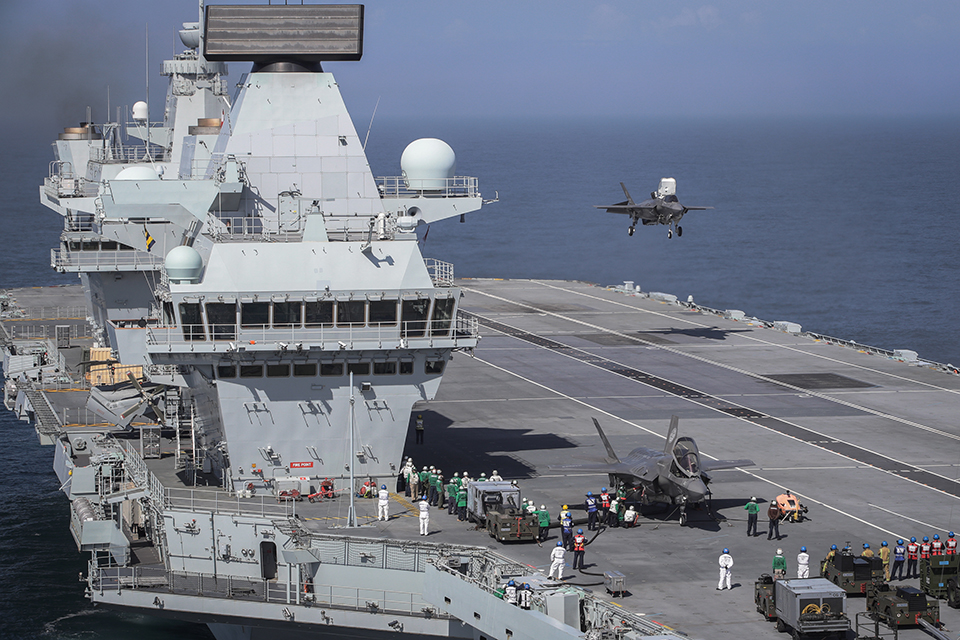