Dutch Navy’s De Zeven Provincien-class frigate HNLMS De Ruyter will be taking over as flagship of the NATO mission in the Aegean Sea in September 2016.

The German Navy said the Dutch ship would take place of the frigate FGS Karlsruhe which is currently at the helm of the Standing NATO Maritime Group 2 conducting surveillance activities and tackling human smuggling in the Aegean Sea.

German Rear Admiral Kay-Achim Schönbach will remain the commander of the mission which is planned to last until the end of the year.

SNMG2 is conducting reconnaissance and monitoring activities in the Aegean Sea in support of Turkey and Greece, and European Union border agency FRONTEX’s cooperative efforts to tackle human trafficking and criminal networks.

Reconnaissance, monitoring, and surveillance activities in the Aegean Sea began after NATO defense ministers agreed on a plan of action at a February 11, 2016 meeting in Brussels.

SNMG2 is one of four maritime groups operating under NATO. It is currently led by the German Navy frigate Karlsruhe and Rear Admiral Kay-Achim Schönbach. Even after the Dutch frigate becomes flagship of the group, SNMG2 will remain under German command.

HNLMS De Ruyter is one of four De Zeven Provincien-class air defence and command frigates in service with the Royal Netherlands Navy (RNLN). The 144-meter ship was launched in April 2002 and commissioned into the navy in April 2004. 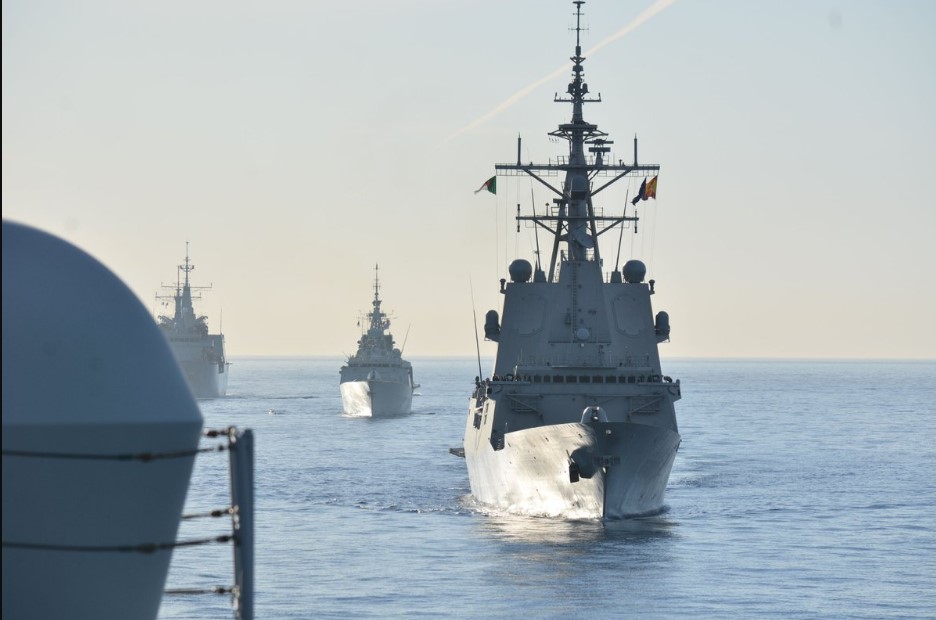