No one was hurt during the incident and surrounding structures were not damaged, initial reports say.

According to a Navy statement, the Navy pilot managed to eject safely before the plane crashed at approximately 10:50 a.m. PDT. He was recovered by emergency response personnel, and has been transported to medical facilities for evaluation.

Last week a Marine pilot was killed in an F/A-18 crash in California. 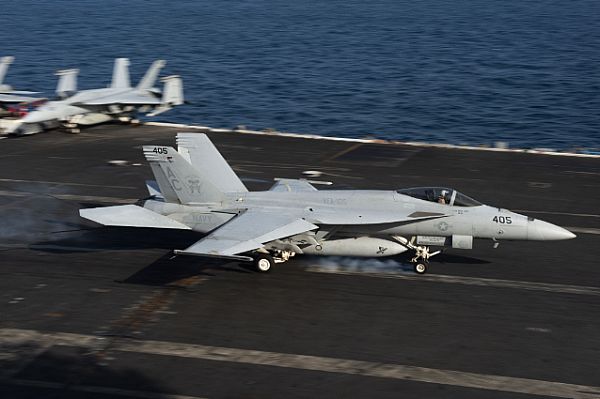