The U.S. Navy has finished testing of the future Navy variant CMV-22B Osprey for aircraft carrier operations aboard the USS Carl Vinson (CVN 70).

The Fleet Battle Experiment (FBE) was conducted from July 22 to August 4 off the coast of California.

Sailors and senior officials explored, analyzed and documented the characteristics of operating a detachment of MV-22s for the carrier strike group as a replacement for the Navy’s C-2A Greyhound carrier on-board delivery (COD) platform.

“We look forward to the flexibility the CMV-22B will bring the carrier strike group,” said Vice Adm. Mike Shoemaker, commander, Naval Air Forces. “The analysis and conclusions from this experiment will inform future concept of operations and how we will employ this aircraft and integrate it within the carrier air wing.”

During the FBE, 34,590 pounds of cargo and 563 passengers were transported to and from the ship via the MV-22B Ospreys.

One notable advantage of the V-22 as the carrier on-board delivery platform is its ability to deliver logistic support to the carrier at night, the navy said.

“Overall, it was a successful evaluation,” said Cmdr. Lucas Kadar, Carl Vinson’s air boss. “The Ospreys were able to integrate into the carrier environment seamlessly. It gives us a lot of options, a lot of flexibility, in the sense that we can recover it more as a helicopter or sometimes we can treat it more like a fixed wing aircraft.”

Future CMV-22B detachments will capitalize and build on the flexibility, mobility, responsiveness, and independence of today’s C-2A Greyhound detachments.

“I believe there’s a lot of value added by having this aircraft on board the ship,” said Kadar. “For being in the initial stages of evaluating the suitability of the V-22 to conduct the carrier on-board delivery mission, it went surprisingly well.” 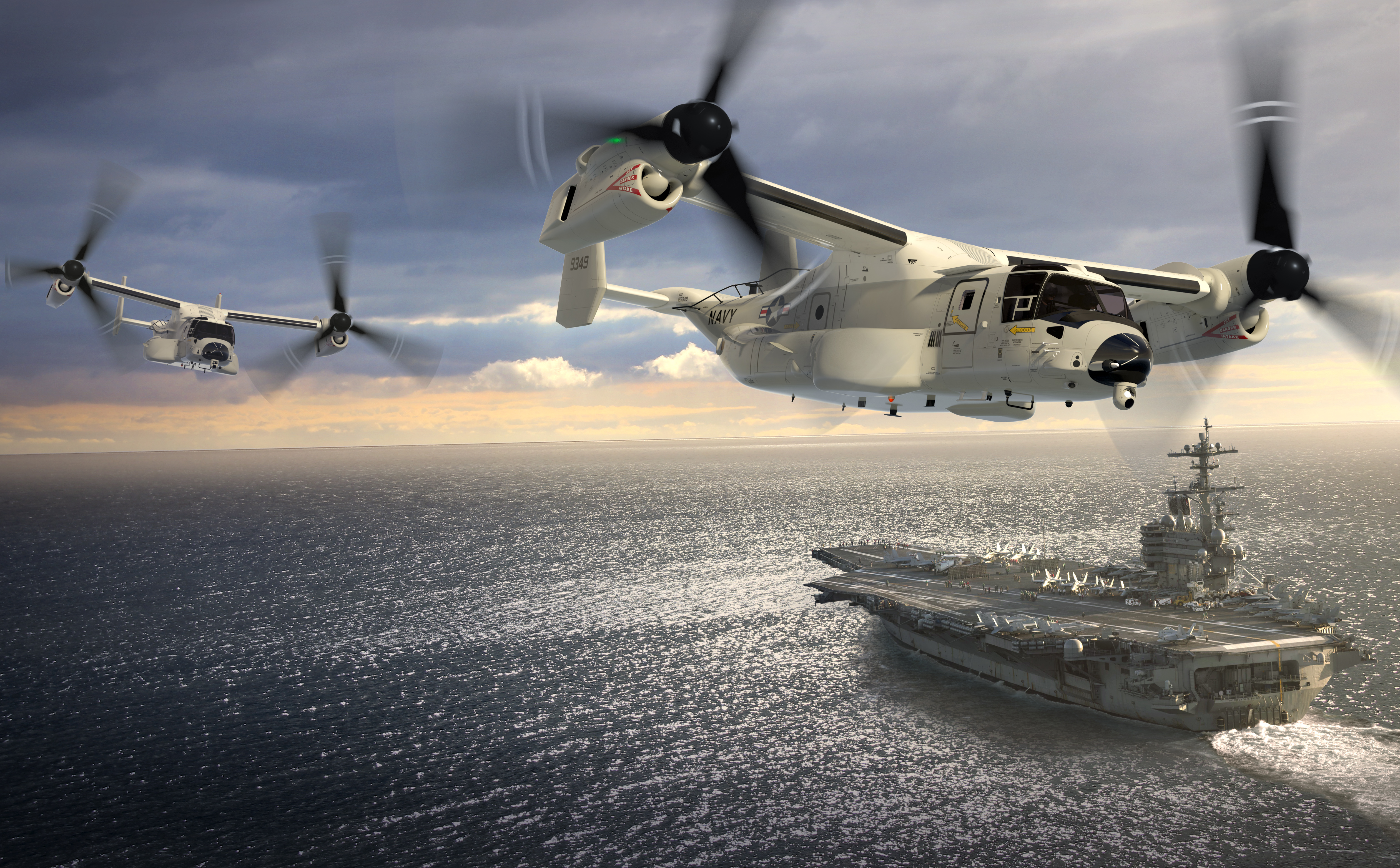