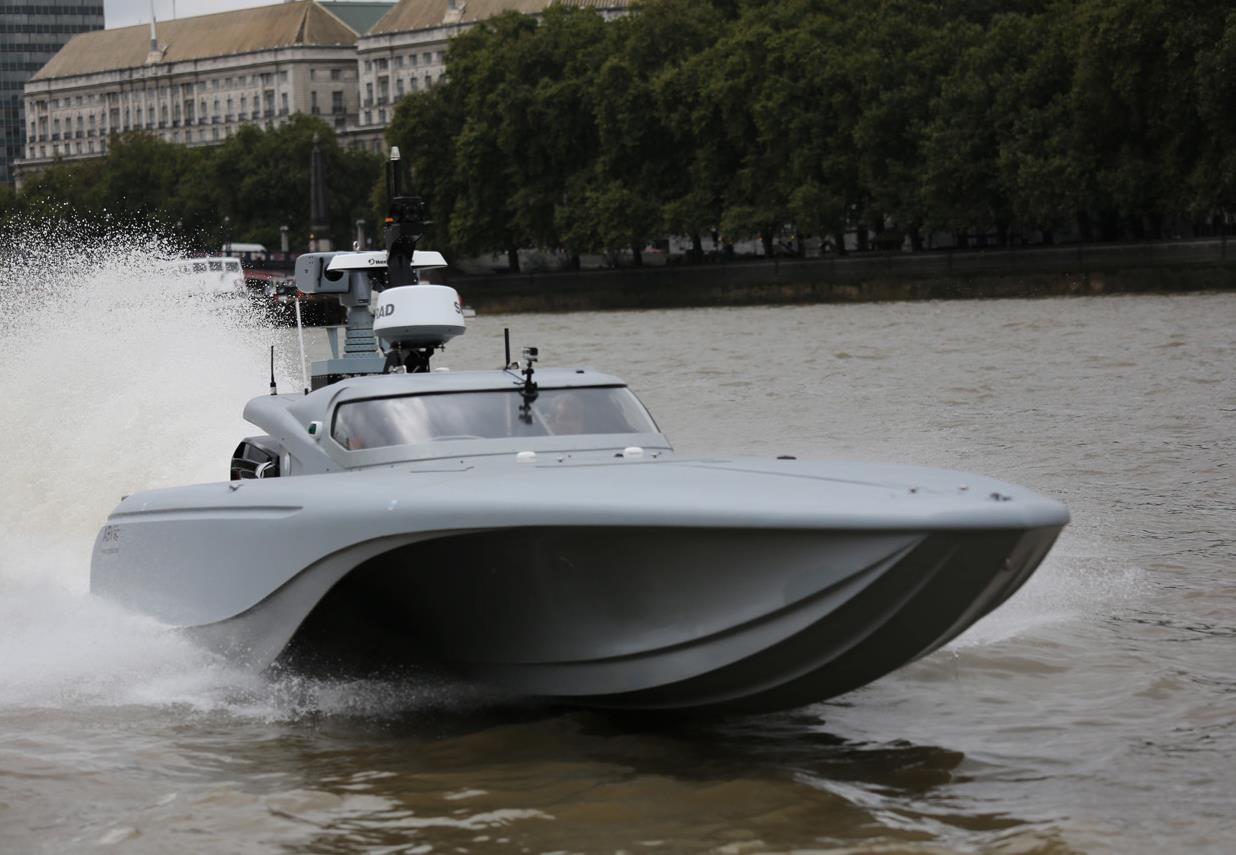 The Royal Navy has put the Maritime Autonomy Surface Testbed (MAST), an unmanned surface vessel (USV) based on the Bladerunner hull shape, on sea trials in the Tidal Thames, September 5.

MAST is being developed by Portchester-based ASV Ltd, under research funding from the Defence Science and Technology Laboratory (Dstl), providing a testbed to host a range of new technologies which allows the Ministry of Defence to test and evolve tactics for employing maritime autonomous systems.

The 32ft MAST is one of over 40 autonomous systems taking part in Unmanned Warrior 2016 this autumn, off West Wales and NW Scotland and the Western Isles.

In conjunction with industry and international partners, the Royal Navy has created an opportunity for engineers and scientists to demonstrate their technology during Unmanned Warrior, a Royal Navy event aimed at securing insight into the future of Naval Warfare for decades to come.

It is linked with the regular Joint Warrior fleet exercise and aims to test systems in an operational environment.

Admiral Sir Philip Jones, First Sea Lord and Chief of Naval Staff, said: “The growing scale of Unmanned Warrior is a clear demonstration of the Royal Navy’s ambition to lead and win through technological innovation.

“Unmanned maritime systems will change how we operate, but they’re just the start. Our pursuit of new technologies and ideas – from big data to 3D-printing – will ensure we remain one of the most capable and successful navies in the world.”

MAST is designed to operate autonomously in an unmanned mode, sensing other vessels in the immediate vicinity and avoiding them in a safe manner. The avoidance algorithms are designed to comply with internationally mandated collision regulations. When operating on a busy waterway (such as the Thames), the craft is operated with a coxswain on board ready to take control.

It does not carry weapons, but is designed to explore autonomous capabilities and support non-lethal surveillance and reconnaissance roles.

The work is funded through Dstl (Defence Science and Technology Laboratory), who conduct research on behalf of the Royal Navy (and the other UK armed forces). The work is being conducted by civilian manufacturers ASV Ltd & Roke Manor Research, with support from Cambridge Pixels, Seebyte and Chess Dynamics.