The UK Ministry of Defence (MoD) is preparing a £30M contract which will see a number of companies join together to develop a Laser Directed Energy Weapons (DEW) capability demonstrator that will give the government an insight into laser weapon possibilities.

Led by the missile producer MBDA, the industry team is named UK Dragonfire and is joined by QinetiQ, Leonardo-Finmeccanica, GKN, Arke, BAE Systems and Marshall ADG among others.

UK Dragonfire’s goal will be to use what technologies are at hand to make a high energy defensive laser weapon system that will include the engagement of representative targets in land and maritime environments in 2019.

The programme will also provide the body of evidence for future procurement decisions.

Peter Cooper from UK’s Defence Science and Technology Laboratory said: “This is a significant demonstration programme aimed at maturing our understanding of what is still an immature technology.”

It draws on innovative research into high power lasers so as to understand the potential of the technology to provide a more effective response to the emerging threats that could be faced by UK armed forces.”

Rear Admiral Paul Bennett said: “The Royal Navy remains committed to the rapid exploitation of revolutionary concepts and scientific advances. The LDEW project sits alongside other cutting edge initiatives that together keep the Royal Navy at the forefront of change and well placed to be an early adopter of innovative technologies.” 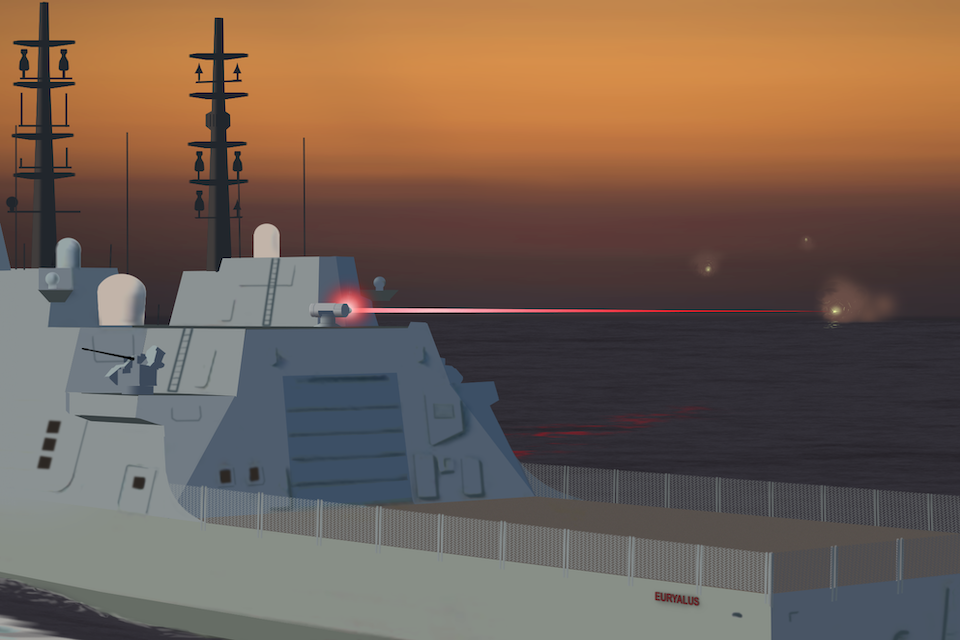