A U.S. Navy helicopter squadron made history earlier in September when the MQ-8B unmanned helicopter they operated successfully tracked a target and served as a laser designator for an MH-60S Seahawk helicopter to fire an AGM-114N Hellfire missile

The Northrup Grumman MQ-8B Fire Scout detected target location and was transmitted to the MH-60S for targeting. Once all target requirements were met, the Fire Scout lased the target while the MH-60S moved forward and into position for the running missile shot.

The shot took place on a designated live-fire range off the coast of NAS Point Mugu against a dynamic target, which moved at approximately 10-15 knots.

For the mission, the MH-60S launched from Naval Air Station (NAS) North Island, while the  Fire Scout was operated from NAS Point Mugu.

“It was awesome to see the MQ-8B and MH-60S tactics and procedures being used in conjunction with each other for the first time,” said Lt. Cdr. Thanh Nguyen, one of the MH-60S pilots who participated in the exercise. “We were able to validate the Fire Scout’s ability to find and designate a target, which greatly expands the lethal range of the MH-60S while keeping air crews out of harm’s way.”

The successful Hellfire shot marks a significant milestone in the integration between Navy-manned helicopters and unmanned assets.

“The hunter-killer team of Fire Scout and MH-60S is now a proven combination that will be a game-changer for future deployments,” said Nguyen. 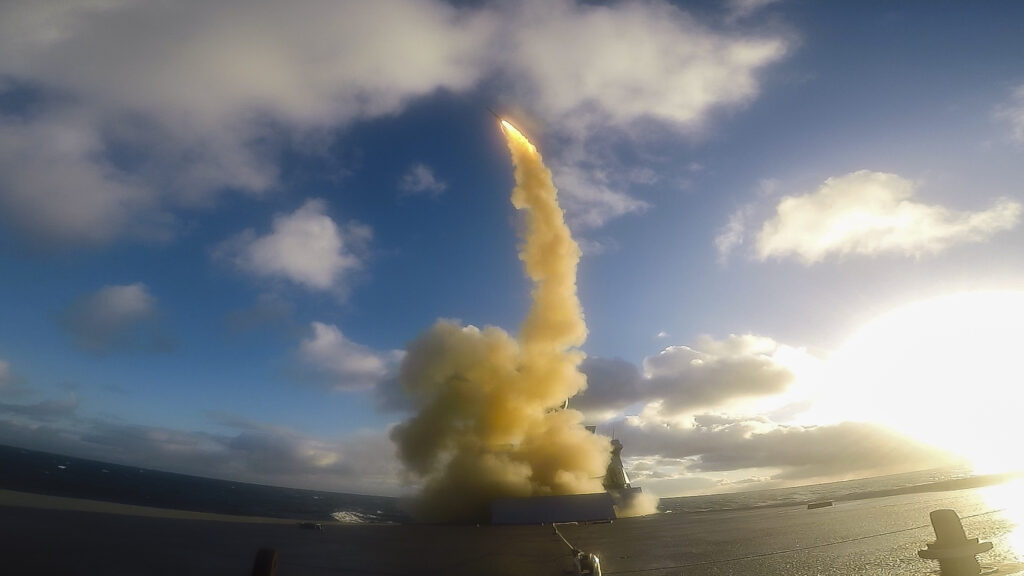