Family and friends gathered on the wharf to farewell the crew who will deploy for around nine months.

“We are the first ship deployed to Operation MANITOU for close to nine months. We have trained hard and are well prepared for our mission,” Commander Steil said.

“During this time, we will conduct maritime security operations as part of multi-national Combined Maritime Forces, including deterring terrorists and the trade of narcotics that fund them,” he said.

“Arunta is the 64th Royal Australian Navy fleet unit to deploy to the Middle East since 1990. In that time, many ships have made the trip in the nation’s interest,” Rear Admiral Mayer said. 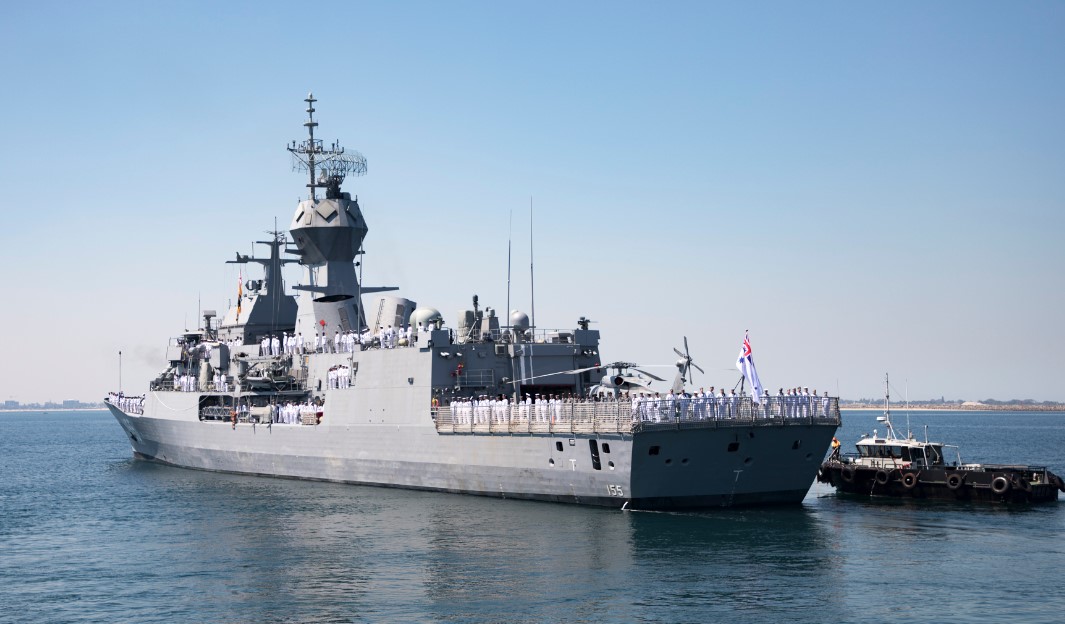