Having recently used its helicopter to successfully stop a high-speed cocaine chase, the crew of UK’s naval tanker RFA Wave Knight were part of a scenario in which they helped islanders on Tobago cope after being lashed by 110 mph winds.

The Lynx helicopter flew emergency supplies and medical stores to the village of Charlottesville, which bore the brunt of the category 3 hurricane.

The helicopter winchman was lowered to deliver the medical supplies, whilst engineers carried out repairs to the fast rescue craft used by the Tobago Emergency Management Agency.

The Brits found the island’s authorities very much prepared for a disaster: a database of everyone known to have special medical requirements is held, for example, and there were live feeds from across the island coming into the operations room – and live feeds going back out showing what was being done to help islanders.

As well as simulated assistance for Tobagonians, there was genuine help in the form of three community projects for the HADR troops to get stuck into.

Parts of the Olive Sawyer Day Care Centre needed painting in keeping with the sky-blue colour scheme of the main building, which the team completed in under a day, then swept aside reeds up to eight-feet tall (“it needed some serious weed whacking”) in the back garden.

An old armoury at Roxborough Secondary School on the opposite side of the island was next to benefit from the HADR troops’ selflessness. A store for deactivated Lee Enfield rifles used by the school’s naval cadets needed painting and some new racks to hold extra guns.

And just for good measure, Joshua Boys Home on Trinidad also needed a spruce up when the tanker made the short trip to the neighbouring island.

Despite only housing 12 youngsters, the orphanage still required two days of hard graft to paint both the building and surrounding wall in the grounds – even with the help of the boys who, brushes in hand, were supervised adding some colour to the wall. 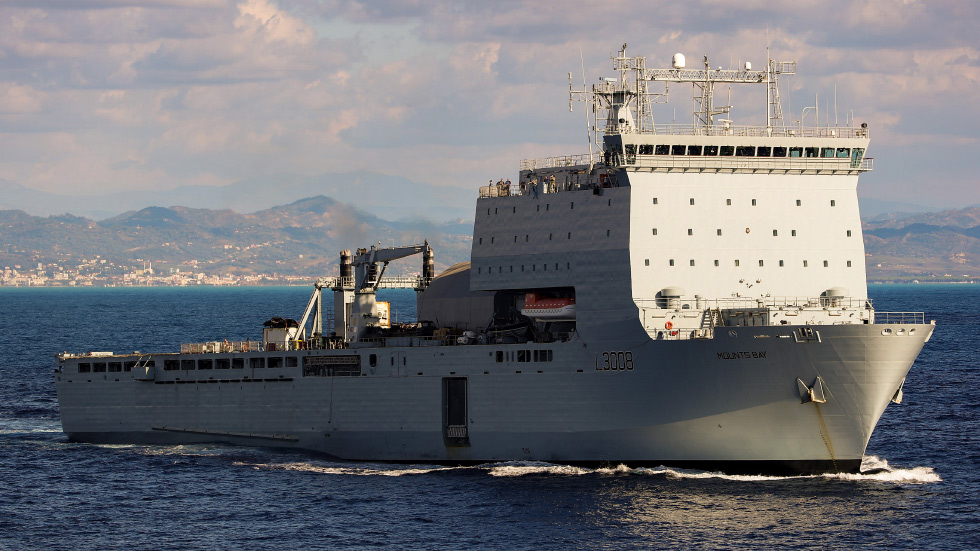