During her port call in Adelaide, Italian FREMM frigate ITS Carabiniere welcomed the Australian minister for defense Christopher Pyne on board on February 5.

Pyne toured the Italian frigate ITS Carabiniere as it visited South Australia on a four-month deployment to the Asia-Pacific to support naval cooperation and security in the region.

Following her earlier stop to Fremantle, she will visit Adelaide, Melbourne and Sydney.

Apart from naval security operations, the Fincantieri-built frigate is also promoting the Italian industry with company representatives from Fincantieri, Leonardo, MBDA and Telespazio aboard.

Italian shipbuilder Fincantieri is financing this deployment as the company is looking to promote the frigate design to the Australian Navy.

The shipbuilder is currently bidding to design and build nine, new frigates for the Royal Australian Navy (RAN) and was short-listed by the Australian government together with two other European shipbuilders, BAE Systems and Navantia.

“The nine frigates will start construction in Adelaide in 2020, creating more than 2000 jobs in South Australia and bringing economic benefits that will spread across the nation for decades to come,” he said.

“The ships are part of the national shipbuilding endeavor that will see over $88 billion invested in up to 54 vessels over the coming decades. 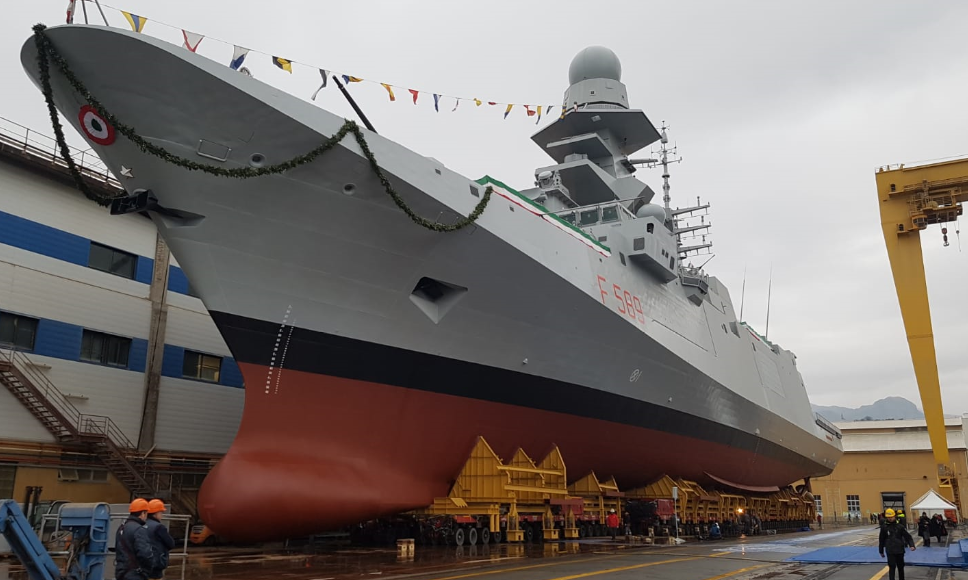