The German Navy has reached an agreement with the Romanian Navy to lease the sail training ship ‘Mircea’ as replacement for the ‘Gorch Fock’ which is tied to port for extensive repairs.

Officials were to make sure that safety standards on the Romanian ‘Mircea’ are equal to those found on the German sail training ship.

The German Navy now announced that an agreement has been made while Vice Admiral Brinkmann is set to provide more details during a press conference on April 27.

‘Mircea’ which was built in 1938 by the Blohm & Voss shipyard and is based on the same design as Gorch Fock.

According to Lübecker Nachrichten, as it now stands Germany will deploy two groups of 50 cadets on the ‘Mircea’ this year but the ship will not be charted, remaining under the Romanian flag. Mircea will also keep her regular crew.

Germany is forced to seek solutions for the training of navy cadets after it was found out that their training ship Gorch Fock would have to stay in the dry dock for much longer than initially expected. The German Ministry of Defense even considered scrapping the ship due to the high costs of repairs.

Gorch Fock docked for a regular maintenance period in January 2016 with repair costs estimated at around 10 million euros. Most recent estimates of the costs were placed at around 75 million euros and will allow the sail training ship remain in service beyond 2030. 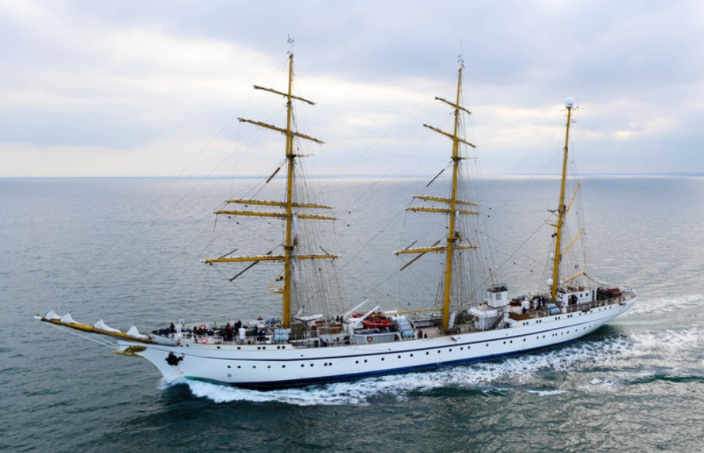