The frigate ‘Rheinland-Pfalz’ is scheduled to be handed over to the German defense procurement agency BAAINBw in spring 2020.

Malu Dreyer, premier of the state of Rhineland-Palatinate after which the frigate has been named, performed the christening ceremony in the presence of high-level representatives from government, the German Navy and the companies involved.

“The German Navy has a long tradition of ships named after the state of Rhineland-Palatinate,” State premier Malu Dreyer, who christened the ship, said. “I would like to combine the christening of the new frigate “Rheinland-Pfalz” with my hopes and wishes that the main challenges facing ‘our’ ship will be peace missions and humanitarian operations.”

The ARGE F125 consortium which was awarded the contract to build four F125 class ships for the German Navy in 2007 comprises thyssenkrupp Marine Systems as the lead company and Lürssen Werft in Bremen. The pre-fitted bow sections are being manufactured at the Fr. Lürssen Werft shipyards in Bremen and Wolgast.

Construction of the stern sections, the joining of the two sections and further fitting out is being carried out at Blohm+Voss Shipyards in Hamburg.

The ‘Rheinland-Pfalz’ was launched amid reports that the new ship class is overweight and lists 1.3 degrees to starboard. 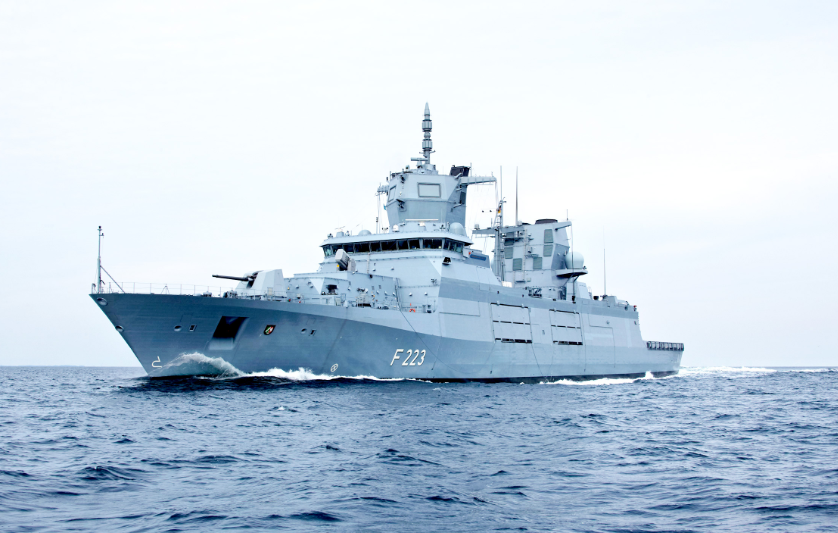